In defense of "ugliness" 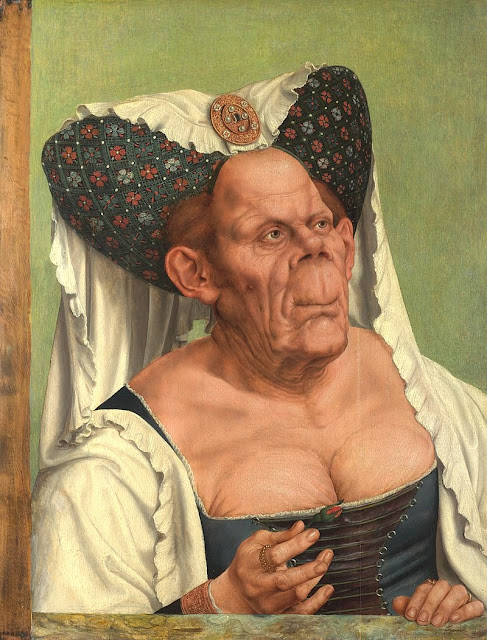 From an essay in The Paris Review:


Ugly is also a word that carries hard moral implications; for centuries, ugliness has been associated not only with sickness and deformity but also dishonesty, violence, aggression, and bigotry. Consider the term ugly American or the repeated critique of Trump’s “ugly” acts. The word itself comes from the equally discordant-sounding ugga and uggligr, two Old Norse adjectives that mean “dreadful, fearful, aggressive.” (Other words that bloomed from the “dreadful” root include loath and loathsome.) The meaning changed only in the fourteenth century, when uglike stopped meaning “terrifying” and began to mean “unpleasant to look at.”

Even though the word ugly is now primarily used to describe the unaesthetic aspect of things rather than their deep moral fiber, it retains elements of its original meaning. Using it can shift a well-meaning aesthetic critique into the realm of moral judgment. This is unfortunate for those of us who genuinely enjoy, and celebrate, ugly things. If you, too, want to appreciate ugliness, the first thing you have to do is stop assuming that it is the inverse of beauty. We tend to talk about aesthetics as though the categories are locked in a battle: good versus evil, light versus dark. But opposites are a crutch. Beauty and ugliness do not negate each other...

Ugliness has never been the subject of much scrutiny. For the most part, artists and thinkers have treated ugliness as an immutable category, filled with things they simply didn’t like. These included dangerous landscapes, people with disabilities, and objects that showed signs of too much use. When survival was a number one priority, people viewed anything potentially threatening as ugly. And for the most part, ugly works, particularly pieces that were unintentionally ugly, were forgotten to history.

As a result, the most significant ugly works created before the nineteenth century were intentionally ugly, created by technically skilled painters who decided, for whatever reason, to depict an ugly subject. Often, ugly art was created as a warning. There but for the grace of God go I, screams the gargoyle clinging to a medieval facade...

There's much more to read at the source link, the focus of which is on ugliness in the world of art.  I was most interested in the lady pictured in the image embedded above:


Quentin Matsys’s 1513 painting A Grotesque Old Woman can be located in this same tradition of grotesques. Known more commonly as The Ugly Duchess, this work shows a woman in a tight bodice and regal headdress. “The sitter is now diagnosed as suffering from Paget’s Disease,” Stephen Bayley explains in his 2011 treatise Ugly. Despite the fact that we now “know better” than to gawk at the suffering of others, Bayley claims there is a “magnificent absurdity” to this painting’s popularity. It is, he notes, “one of the most popular postcards sold in London’s National Gallery Shop.”

I spent a career dealing with and teaching about disease.   It is unutterably sad how an uninformed public will reflexly interpret variations in the human body as being shameful or wicked.