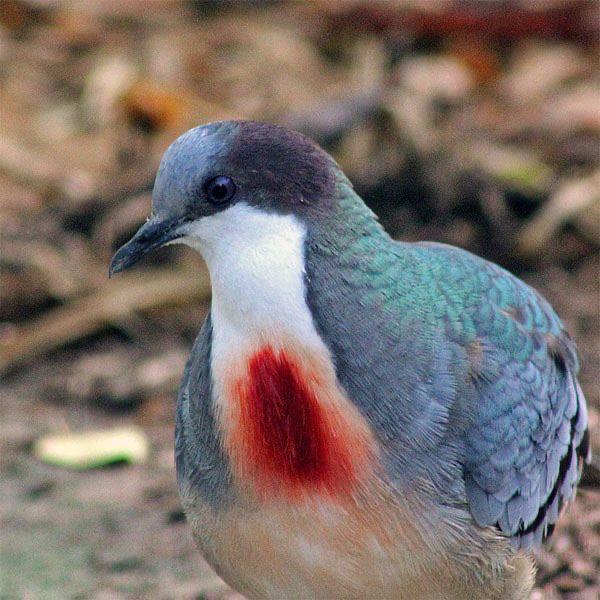 One of the gallicolumbas.  "This genus includes the bleeding-hearts known from the Philippines. Most are named for their vivid-red patch on the breast, which looks startlingly like a bleeding wound in some species and has reminded naturalists of a dagger stab.

The image reminds me of some birds (seabirds? penguins?) that have patches on their breasts that chicks peck, but in this species the red patches are on the breasts of the males.  Via for the image.