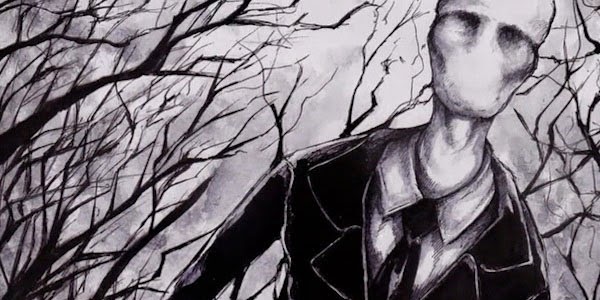 The news was all over the 'net this morning:


Two 12-year-old Wisconsin girls charged as adults in connection with stabbing of girl, 12

The headline is striking in its own right, but the storyline was even more curious:


According to a criminal complaint, the girls had been planning to kill their friend for months and finally made the attempt in a park on Saturday morning, after a slumber party...

One of the girls told a detective they were trying to become "proxies" of Slender Man, a mythological demon-like character they learned about on creepypasta.wikia.com, a website about horror stories and legends. They planned to run away to the demon's forest mansion after the slaying, the complaint said...

The other girl said she sees Slender Man in her dreams. She said he watches her and can read her mind and teleport.

I found basic information about Slenderman at Wikipedia, and also at What Culture:

Of course when Victor Surge first created him, he was just a creepy picture with minimal back story. Now he is a cultural phenomenon and terrorises the dreams and thoughts of many...  Now he has become a part of internet pop-culture. A tall man that lurks in the shadows with a blank face and dressed in a suit...

Myths are important to us and fundamental to our society. We always have to feel like there is something bigger than us, something unexplained. This is called “The Big Other’. It can manifest into religion, aliens, conspiracy theories, unexplained phenomenon and creatures...

Being the complex creatures we are, we have started creating our own myths. We know Slenderman is fake. We know he isn’t standing behind us now right now. But I bet after an episode of Marble Hornets or playing a game of Slender, you still double check. As scary as you might or might not find him, you want  him to exist. We want our world to be a mystery and bigger than us. We need it to be. We need Slenderman.