A compilation of presidential "executive orders" 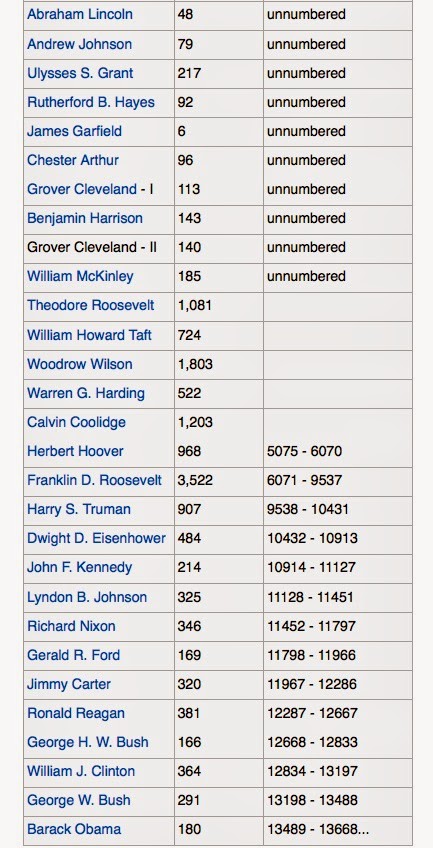 This subject will be in the news this summer because...


In a memo addressed to his colleagues on Wednesday, Boehner officially announced his plans to introduce legislation in July that would authorize the House General Counsel to sue the Obama administration and "compel" the president to fulfill his oath of office to enforce existing law.

"If the current president can selectively enforce, change or create laws as he chooses with impunity, without the involvement of the Legislative Branch, his successors will be able to do the same," Boehner wrote in the memo. "This shifts the balance of power decisively and dangerously in favor of the presidency, giving the president king-like authority at the expense of the American people and their elected legislators."

While awaiting details of which orders will be challenged, I thought it would be good to post the Wikipedia page detailing all of the executive orders by the current and all the past presidents.  At the page you can scroll down to access the content of each order by each president.