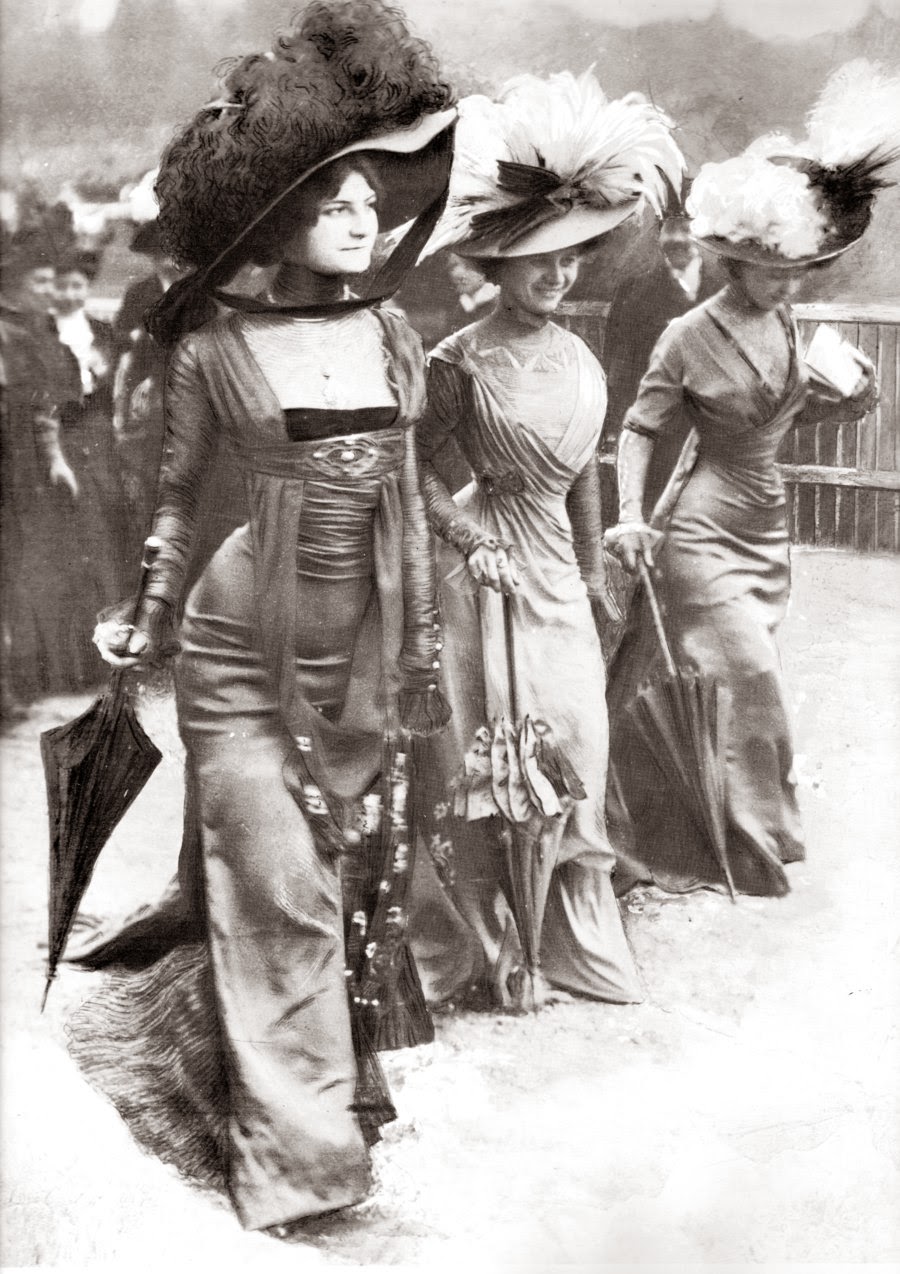 These fashionable ladies stepping out at Longchamp at the turn of the last century were described as the new Merveilleuses by April-Mo at Deviant Art.


The Incroyables ("incredibles") and their female counterparts, the Merveilleuses ("marvelous women", roughly equivalent to "fabulous divas"), were members of a fashionable aristocratic subculture in Paris during the French Directory (1795–1799). Whether as catharsis or in a need to reconnect with other survivors of the Reign of Terror, they greeted the new regime with an outbreak of luxury, decadence, and even silliness. They held hundreds of balls and started fashion trends in clothing and mannerisms that today seem exaggerated, affected, or even effete (decadent, self-indulgent).