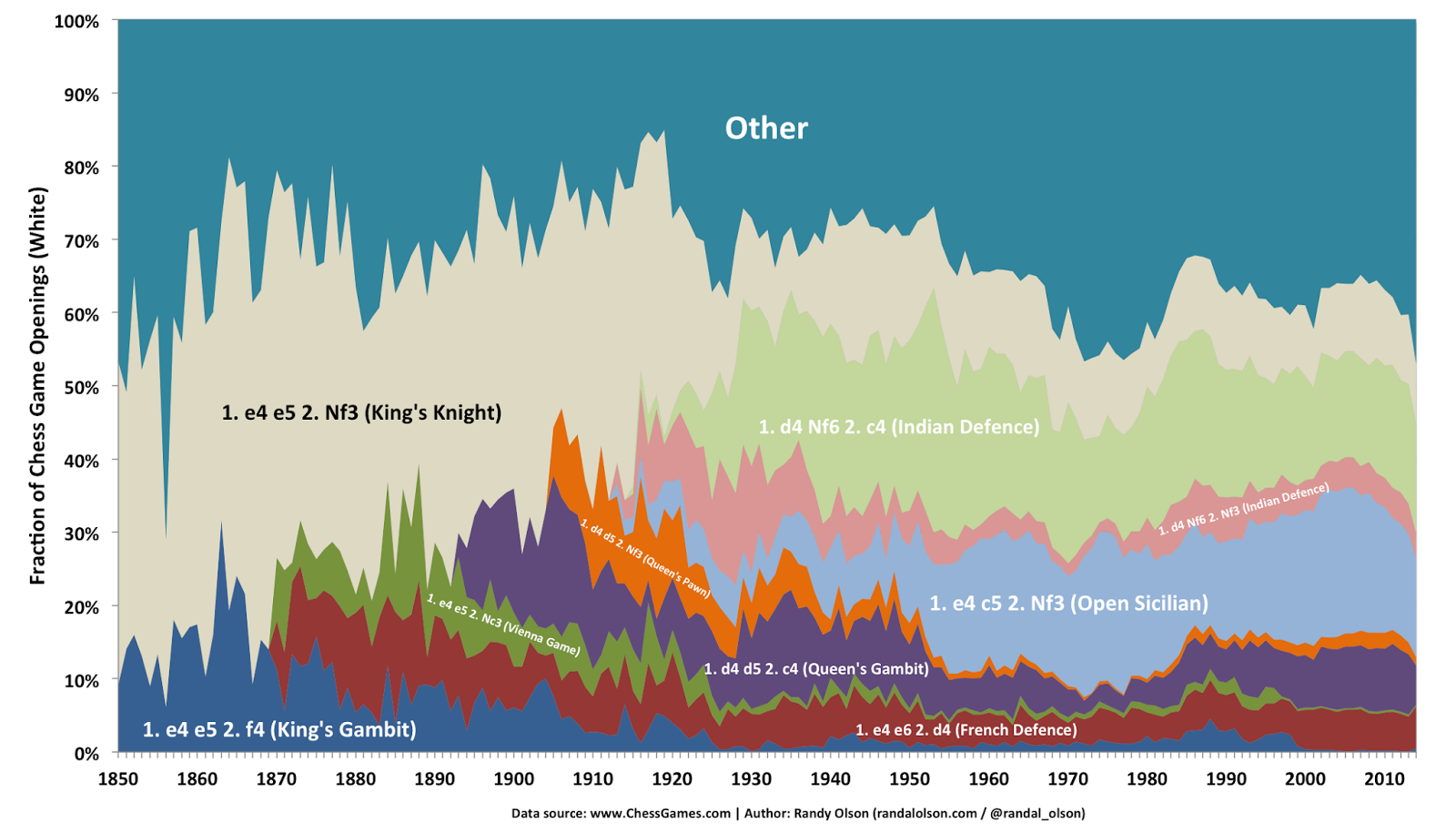 Based on the study of "a data set of over 650,000 chess tournament games ranging back to the 15th century," this graphic depicts the first three moves of the games.

Found at Randal S. Olson, where there are separate graphic depictions of the evolution over time of White's first move alone, and White's first + Black's first.  Via Kottke.