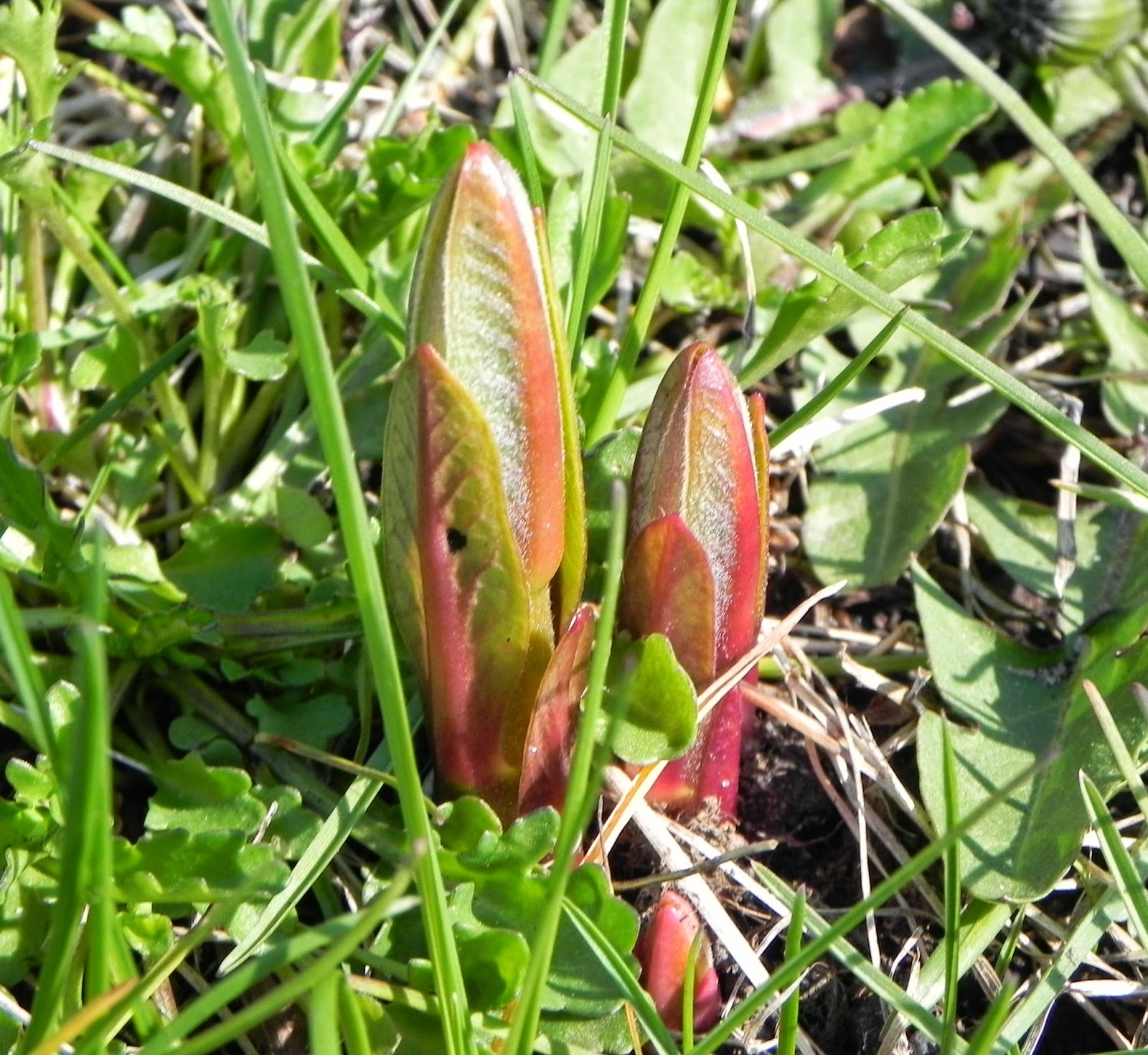 Anyone who has read this blog on a regular basis knows that I have repeatedly decried the sad situation facing Monarch butterflies in the United States.  There's little I can do to alleviate the loss of their winter habitat in the mountain forests of Mexico or to stem the widespread use of Roundup herbicide, but perhaps with a series of blog posts I can inform the public about some of the nuances of growing milkweed - the Monarch's host plant (the only plant its caterpillars can feed on).

At our latitude (southern Wisconsin in the Upper Midwest), spikes of milkweed emerge in early May.  These are growing from deep and well-established root systems that are well-protected from surface freezing temperatures in the winter.  I presume the trigger for cell division is some threshhold temperature or some accumulation of degree-days.  When that limit is reached, the growth is rapid.  The top image shows asparagus-like spears that had not been present the day before. 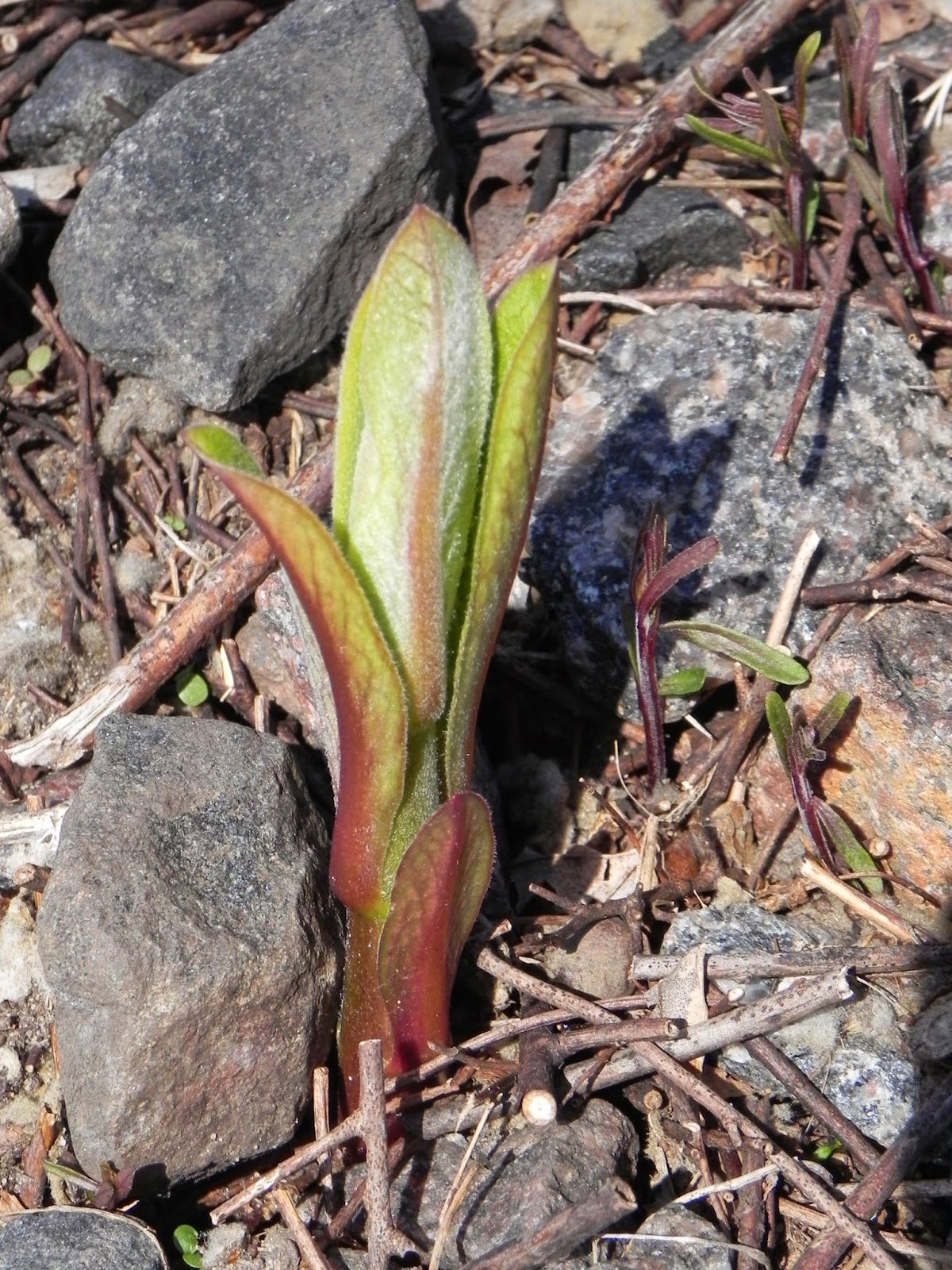 With an deep-underground branching root system, the spikes can emerge in what appears to be totally inhospitable microenvironments.  This one is coming through an old (probably deteriorated) piece of landscape fabric and past a layer of gravel.  And the early growth is rapid: 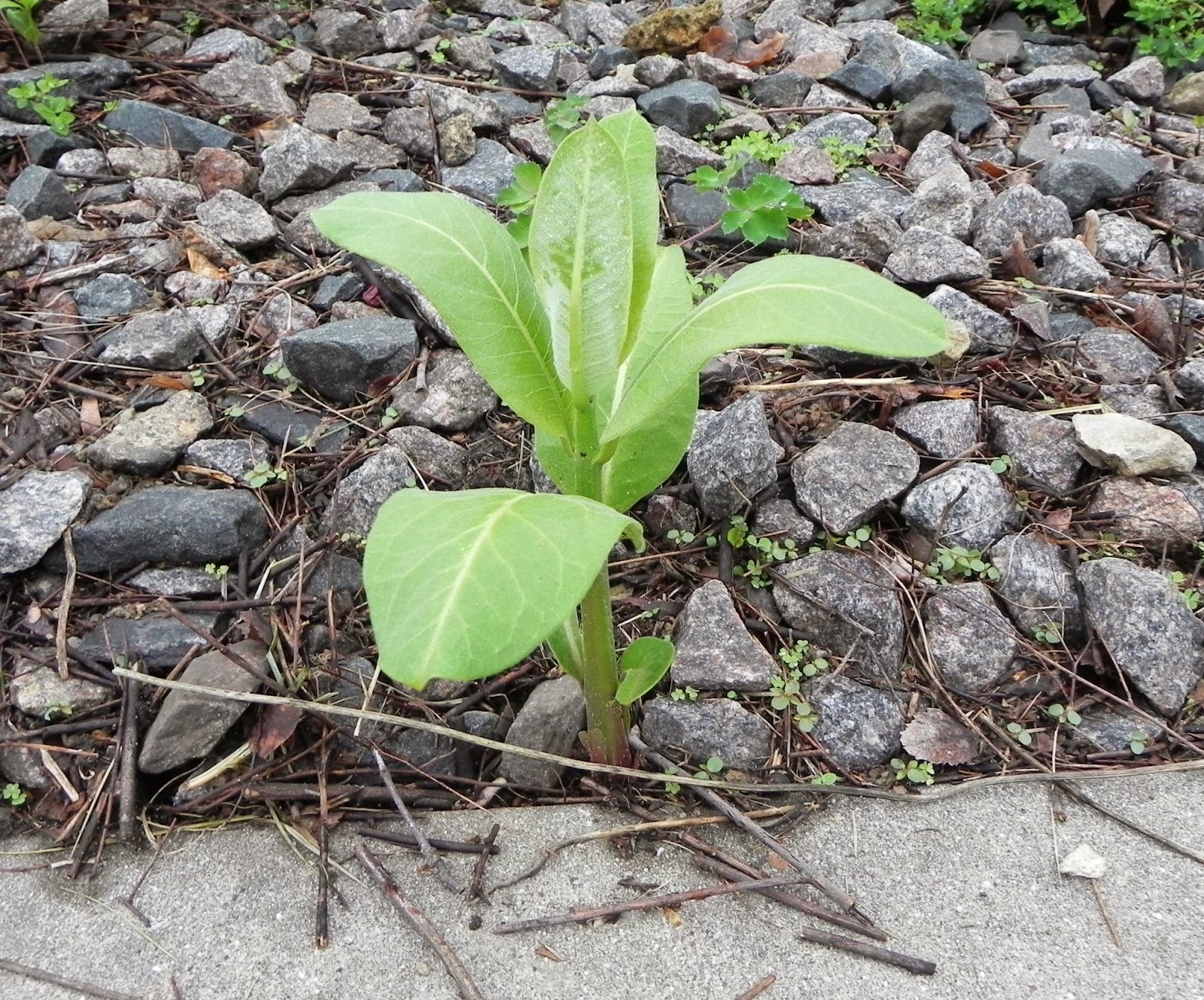 This photo was taken one week after the first two.  It's already 6" high and ready to accept Monarch eggs and tolerate the depradations of several caterpillars (Monarchs typically lay their eggs singly, but sometimes two oviposit on the same plant).

In the next installment I'll comment on the perception of the "weediness" of the plant.