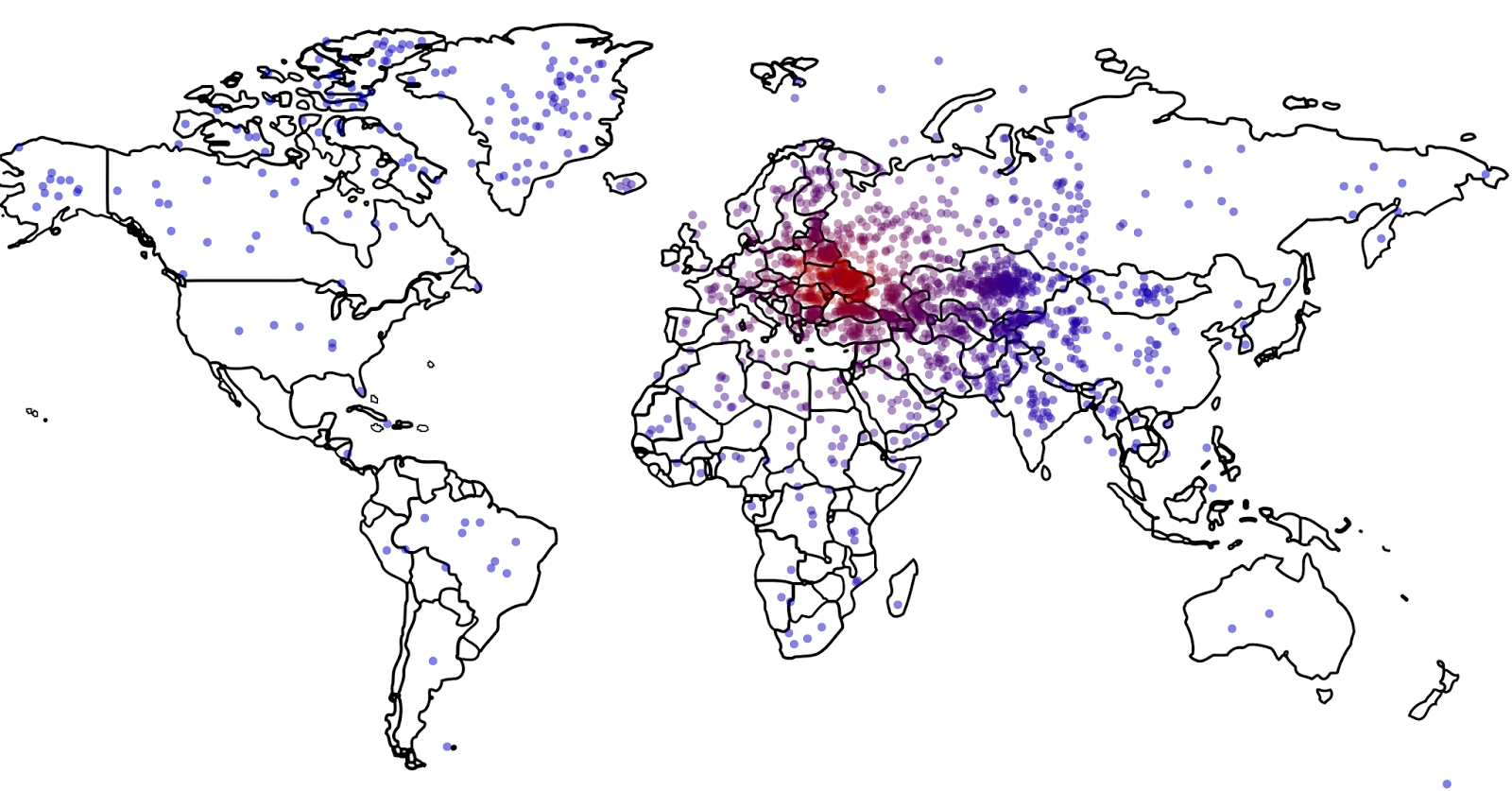 It's truly embarassing how abysmal the average American's knowledge of geography is.  The map above accompanied an article in the Washington Post:


On March 28-31, 2014, we asked a national sample of 2,066 Americans (fielded via Survey Sampling International Inc. (SSI)), what action they wanted the U.S. to take in Ukraine, but with a twist: In addition to measuring standard demographic characteristics and general foreign policy attitudes, we also asked our survey respondents to locate Ukraine on a map as part of a larger, ongoing project to study foreign policy knowledge. We wanted to see where Americans think Ukraine is and to learn if this knowledge (or lack thereof) is related to their foreign policy views. We found that only one out of six Americans can find Ukraine on a map, and that this lack of knowledge is related to preferences: The farther their guesses were from Ukraine’s actual location, the more they wanted the U.S.  to intervene with military force.

More at the link.  I'll grant that some of the respondents may have been trolling the interviewers by pointing to Kansas or Canada, but I'm not surprised by the general pattern. I believe it was George Carlin who asked us to think of how stupid the average American is and then to remember that half of them are more stupid than that.