The Sykes-Picot Agreement has modern consequences 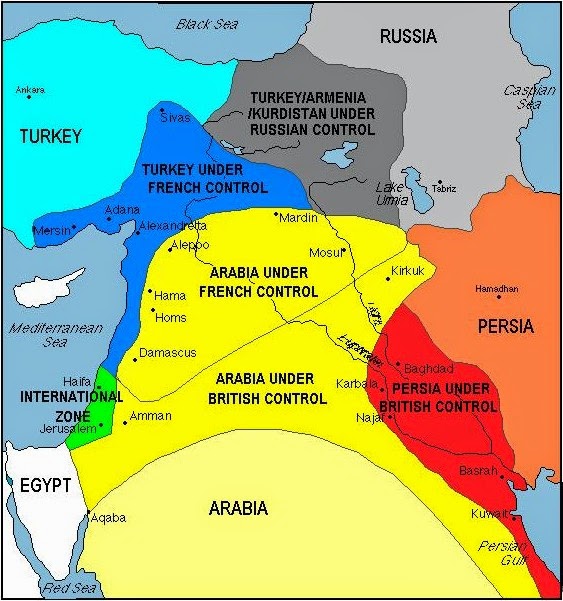 At the end of WWI, western powers subdivided the Middle East as per the Sykes-Picot Agreement (map above), leading to a century of conflicts (map via Rob's Webstek). 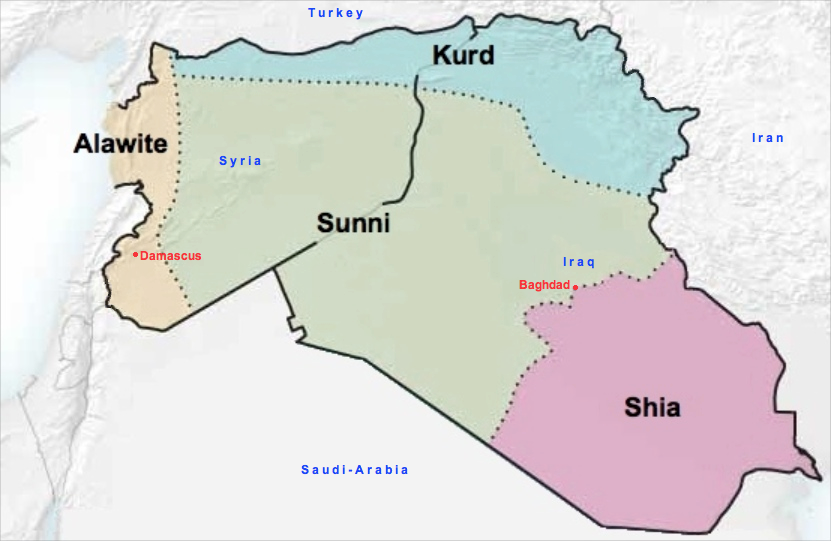 - giving consideration to ethnic distributions, some of those conflicts might have been eased.  More at the New York Times, via Rob's (five-year-old) Webstek.