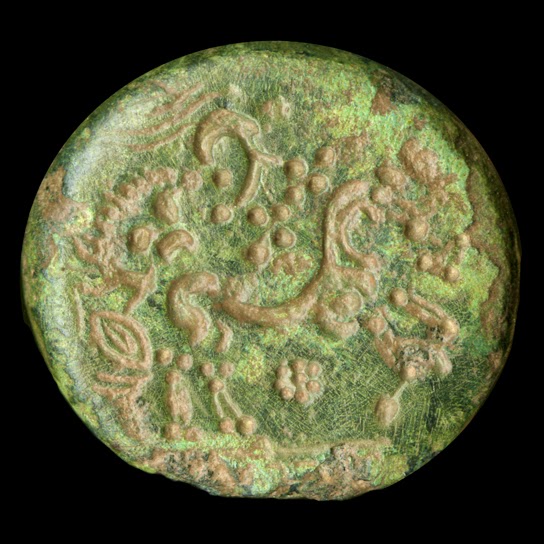 As reported by the British Museum:


One of the most recent acquisitions made by the Department of Coins and Medals is a highly unusual object – an ancient punch or ‘die’ used to manufacture coins in the second century BC. The die was found in Bredgar, Kent by a metal detector user in 2013 and is being used to shed new light on when the first coins were made in Britain...

Close examination of the coin die revealed that it was used in the production of the early Gallo-Belgic A coins. What this means is that, although it is the third Iron Age coin die to be found in the UK (the others are also in the British Museum), it is almost certainly the earliest. The most significant aspect of this discovery is the fact that it is a British find. This raises the intriguing possibility that the earliest known coins from Britain were actually made here and not just imports from the Continent.

More at the link, including comments re the stylized horse on the die and the chalk one at Uffington.