Bird prints on windows are caused by "powder down" 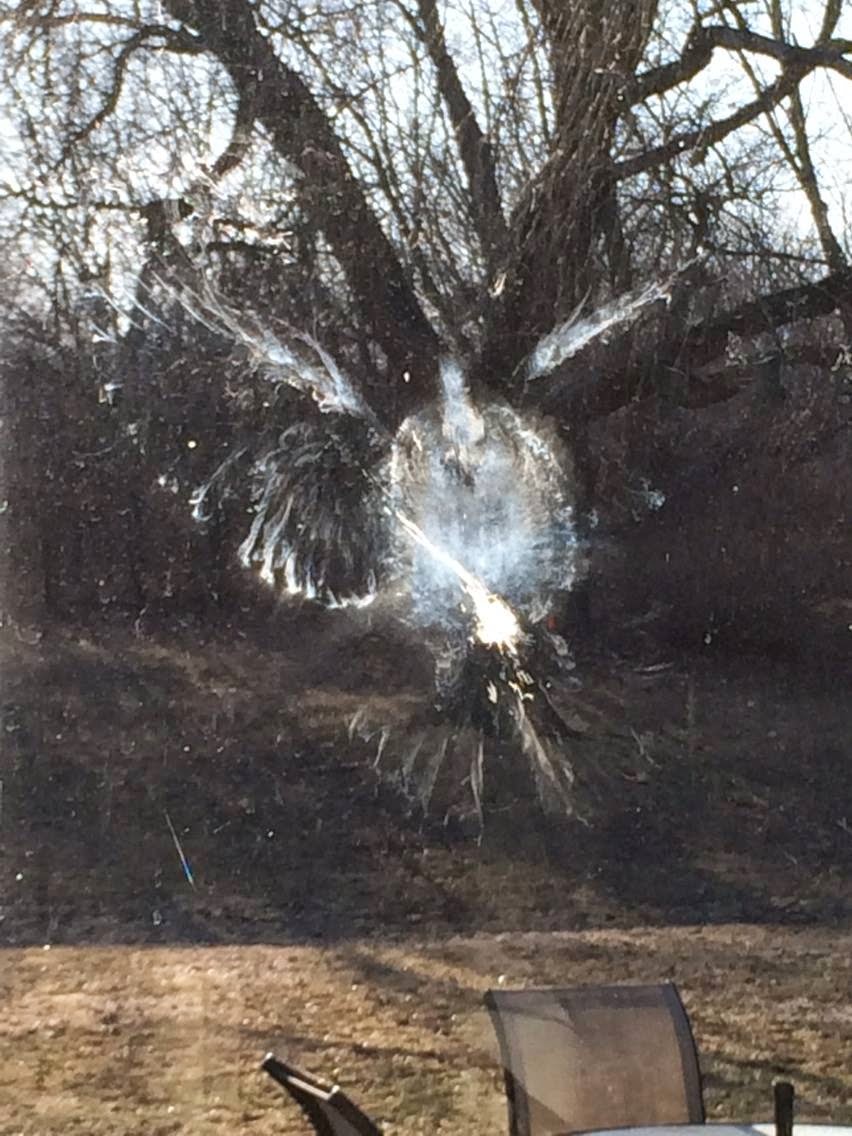 In the middle of April we experienced several days of truly bizarre behavior by a local robin.  Perched on the railing of the porch, or in the branches of a nearby juniper, he would launch himself against one of the windows.  Repeatedly.

These strikes were totally different from the rare high-speed bird strike that happens when the creature fails to detect the presence of window glass and breaks a neck.  These assaults were "belly up" flailing at the window, at low speed, and with true deliberation, repeated in series of dozens.

Had this occurred in midsummer, I would have surmised that the bird was chasing insects drawn to the window, but this was daylight with no house lights to draw insects (and essentially none present at this time of year).

Several windows of the house were "painted" with overlapping "bird prints" similar to the one shown above (via The Soul is Bone).


The imprints are caused by the bird’s powder down, a special type of down which helps feathers to grow. In some species, the tips of the barbules on powder down feathers disintegrate, forming fine particles of keratin, which appear as a powder, or ‘feather dust’. When a bird strikes a glass pane, the power is shaken lose and adheres to the glass.

We wondered whether the bird was mentally deranged, but finally found the answer after a brief internet search... (explanation below the fold to allow you to ponder the problem)

"Another cause of window collisions is male birds defending territories during mating season. They will see their reflection in the glass, believe that it is another competing male, and attack the glass repeatedly in an attempt to drive the intruder off. Two of the most common species to exhibit this kind of behavior in the metro region are robins and flickers."