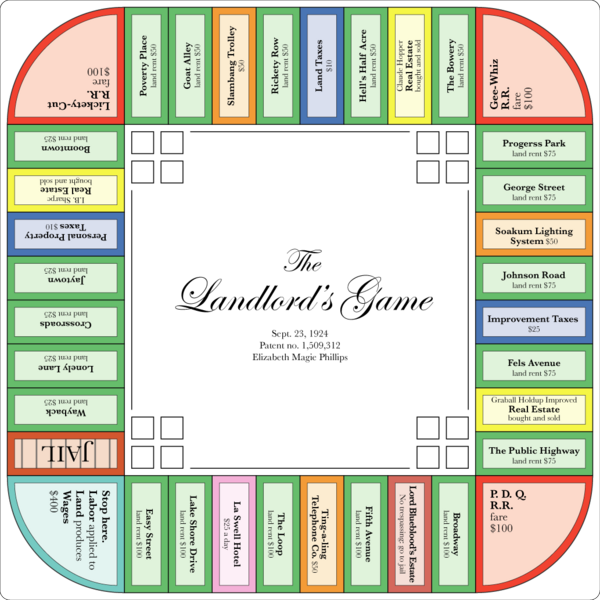 This game from the 1920s is a precursor and a direct inspiration for the famous game of Monopoly.


Magie designed the game to be a "practical demonstration of the present system of land grabbing with all its usual outcomes and consequences". She based the game on the economic principles of Georgism, a system proposed by Henry George, with the object of demonstrating how rents enrich property owners and impoverish tenants. She knew that some people could find it hard to understand why this happened and what might be done about it, and she thought that if Georgist ideas were put into the concrete form of a game, they might be easier to demonstrate. Magie also hoped that when played by children the game would provoke their natural suspicion of unfairness, and that they might carry this awareness into adulthood.

More at Wikipedia and the links there.

A tip of the hat to reader mikemonaco for alerting me to this link.