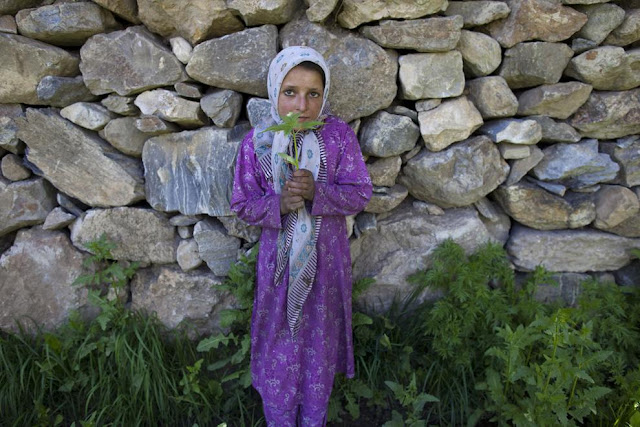 Gulsum,12, holds a baby cannabis plant plucked out of the field while she works with her father Ghafordin on May 15, 2011 in Wakhil, in the mountainous upper Panjshir region, Afghanistan. The farmer has been growing cannabis for three years and has seen the prices triple since 2008. This spring he is planting less wheat in order to increase his marijuana crops. Known as the world's largest producer of opium, the raw ingredient of heroin, Afghanistan has now become the top supplier of cannabis, with large-scale cultivation in half of its provinces, according to a 2010 report by the United Nations. (Paula Bronstein/Getty Images) 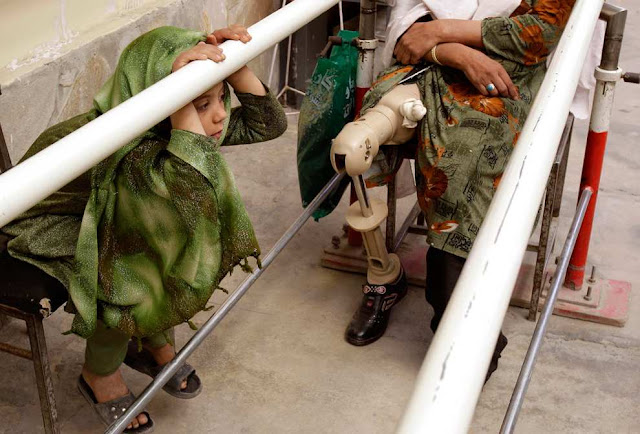 Shabaneh plays with the parallel bars May 10, 2011, as her aunt Somayeh Masroor, 44, takes a rest after she walked with her artificial leg at International Committee Red Crescent Orthopedic Center in Kabul, Afghanistan. Somayeh lost her right leg when she was 13 years old and traveling from Herat to Kandahar while they were caught in a fight between Soviet forces and Mujahedeen in Shajoor and their car hit a landmine off the road. (Kamran Jebreili/Associated Press)
Both photos from a group of 45 assembled at Boston.com's The Big Picture.