"I support intelligent design," Bachmann told reporters following her speech at the conference, CNN reports. "What I support is putting all science on the table and then letting students decide. I don't think it's a good idea for government to come down on one side of scientific issue or another, when there is reasonable doubt on both sides."

"I would prefer that students have the ability to learn all aspects of an issue," Bachmann said. "And that's why I believe the federal government should not be involved in local education to the most minimal possible process."

On behalf of all educated and sensible Minnesotans, I would like to apologize for Mrs. Bachmann's continuing presence in the political arena. 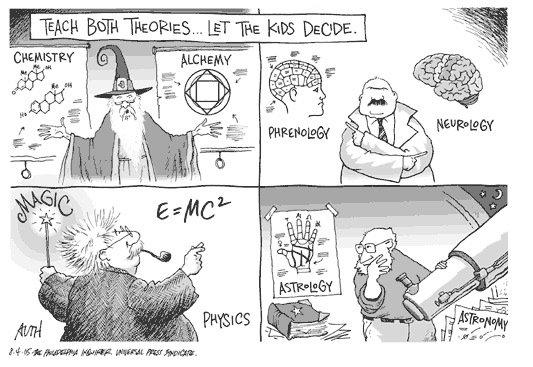