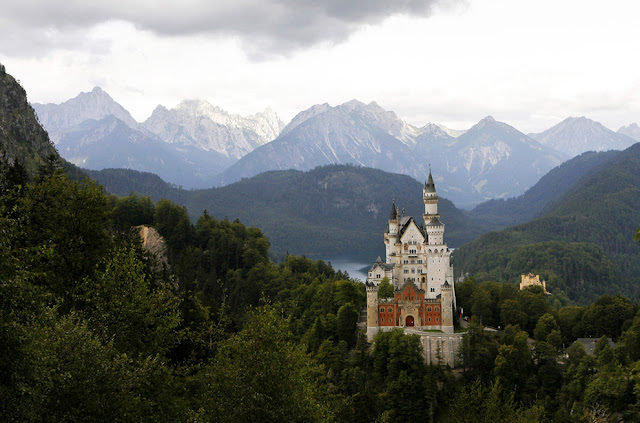 The Atlantic's In Focus segment features a gallery of 30 photos commemorating the 125th anniversary of the death of Ludwig II.


A hundred twenty-five years ago, Bavaria's "Maerchenkoenig" (or "Fairy-tale King") Ludwig II died under very mysterious circumstances at the age of 40, his body found floating in Lake Starnberg, south of Munich. Today, Ludwig remains famous for the castles he built and attempted to build, most notably Neuschwanstein Castle, perched high in the Alpine foothills... When his cabinet accused him of insanity, he was placed in custody after a brief showdown at Neuschwanstein Castle, and was taken to a castle next to Lake Starnberg. The following day, while out for a walk, Ludwig disappeared, his lifeless body discovered hours later.