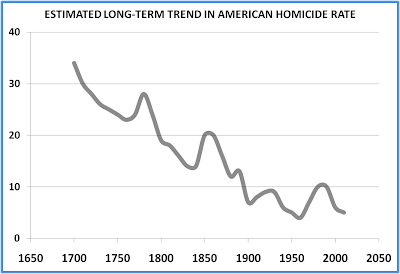 The earliest data points are estimated, but the overall trend is probably valid.  Commentary from Marginal Revolution:


The American data is consistent with European data... Do note that some correction should be made for the fact that violence is less lethal when people are healthier and medical care is more effective.