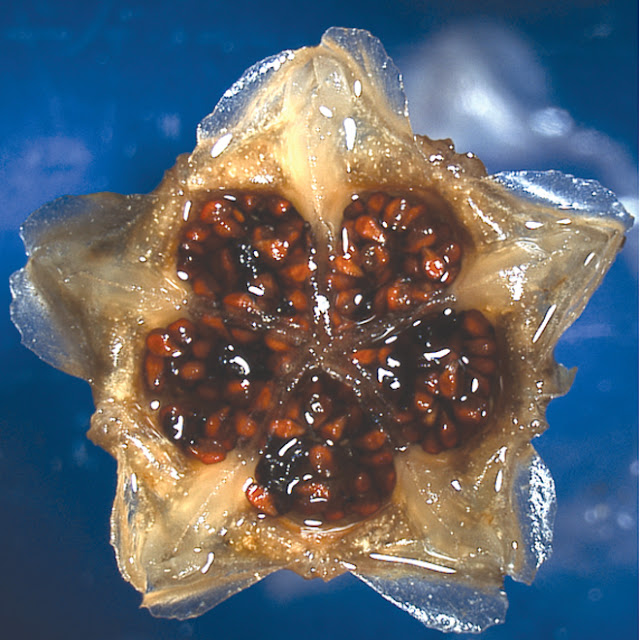 From a report at Wired Science re the motions of a desert plant's seeds:


Biologist Matthew Harrington and his colleagues at Germany’s Max Planck Institute set out to explain the mysteries of the “ice plant,” Delosperma nakurense, a succulent that grows in arid and semi-arid regions of eastern Africa. The plant has adapted to dry conditions by producing special seed capsules that protect their cargo with a boxlike lid of five petal-like sections. When it rains, the capsules unfold. When the capsules dry up, they return to their original shape.

The cycle can happen over and over, though by the time ice plant seed capsules perform their origami feats, they’ve long since been separated from the living plants that created them.

“Generally speaking, dead things don’t move,” said Harrington, whose examination of ice plant origami is published June 7 in Nature Communications. “So when they do, it’s of obvious interest.”..

Specialized cells in the capsules are filled with a cellulose layer that can absorb large amounts of water. As the cellulose swells, the cell’s unique honeycomb structure translates the increasing pressure into movement along a single axis — like blowing into a noise-maker party favor.