The Great Missouri River flood of 2011 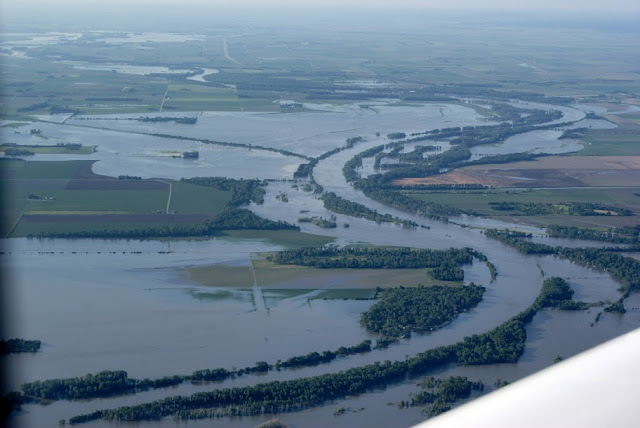 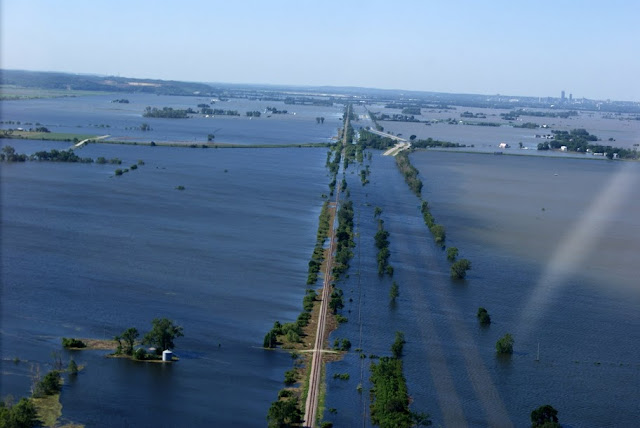 In the top photo, the river's normal banks are well defined by the vegetation.  The bottom photo shows Interstate 29 under about 10 feet of water.  Both pix from a 113-image collection in Larry Geiger's Picasa Web Album, via Paul Douglas On Weather blog, where he notes -


But that isn't even the full story. The Rocky Mountain snowpack in Montana is now beginning to melt in earnest. In places, that snowpack is at 140 percent of normal. All of that melt water is just going to pass through Fort Peck reservoir. Then there is the issue of rainfall. June is the wettest month of the year on the Northern Plains and within Montana. The rains are going to come. The National Weather Service has predicted above-average rainfall for June in Montana because of the presence of La Nina in the Pacific.