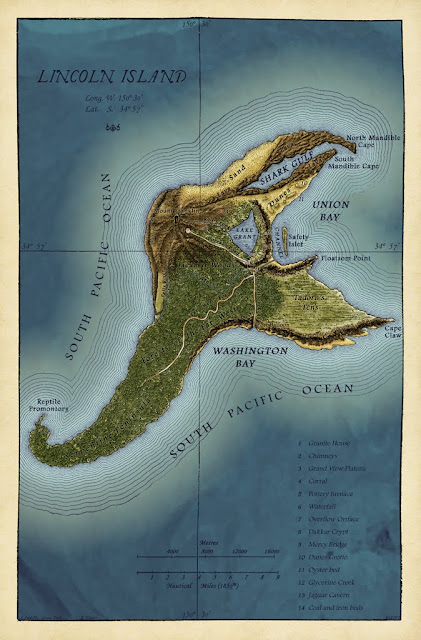 I've been reading about this island intermittently for the past several weeks.  Truly you won't find an island like this anywhere else.  The prominence in the NW corner ("Mount Franklin") is an inactive volcano, with lava streams emanating from it.  At the base of the lava flow on the east in a massive wall of solid granite.  And somewhere to the south are deposits of limestone.  And coal.   Hard to believe.

Image credit to stuff [tm] who has colorized a 19th century map of the island and translated the names from French to English.