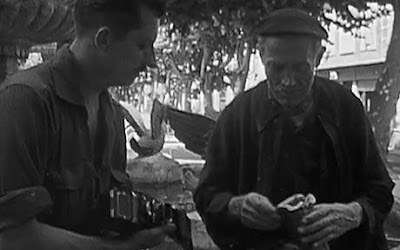 Fifty years ago, a mysterious epidemic of madness afflicted the residents of a town in France.


In 1951, a quiet, picturesque village in southern France was suddenly and mysteriously struck down with mass insanity and hallucinations. At least five people died, dozens were interned in asylums and hundreds afflicted...

One man tried to drown himself, screaming that his belly was being eaten by snakes. An 11-year-old tried to strangle his grandmother. Another man shouted: "I am a plane", before jumping out of a second-floor window, breaking his legs. He then got up and carried on for 50 yards. Another saw his heart escaping through his feet and begged a doctor to put it back. Many were taken to the local asylum in strait jackets. ..

Now there is evidence that this incident occurred because the CIA spiked the bread in the community with LSD.  Alternative explanations included natural contamination with ergot.


The scientists who produced both alternative explanations, he writes, worked for the Swiss-based Sandoz Pharmaceutical Company, which was then secretly supplying both the Army and CIA with LSD...

Mr Albarelli came across CIA documents while investigating the suspicious suicide of Frank Olson, a biochemist working for the SOD who fell from a 13th floor window two years after the Cursed Bread incident. One note transcribes a conversation between a CIA agent and a Sandoz official who mentions the "secret of Pont-Saint-Esprit" and explains that it was not "at all" caused by mould but by diethylamide, the D in LSD.

More at the Telegraph link.