The flint axe that "destroyed" Creationism 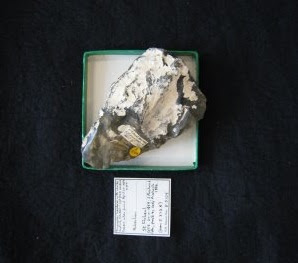 The implement is considered the most important stone tool in the establishment of the geological antiquity of human kind. In April 1859, two English businessmen, Joseph Prestwich and John Evans, respectively interested in geology and archaeology, travelled to Amiens to search for evidence to prove the great antiquity of humans. They were searching for a specific type of stone tool which they wanted to extract themselves from undisturbed ground and which had to come from the same geological levels as the bones of extinct animals such as wooly mammoth and rhino. Accompanied by scientific witnesses and a photographer, they eventually discovered a flint axe, on April 27th 1859, in a gravel pit in St Acheul near Amiens.

Although it was impossible to date the implement precisely, the discovery dispelled the biblical view of Creation and provided evidence for a far more remote human antiquity than had hitherto been imagined. Our ancestors did not date back just 6,000 years; but to the era of ice age mammoths.

Of course, Creationists have subsequently moved the mammoths and dinosaurs up into the same 6,000 year window... More re its history and rediscovery at the link.