The Aral Sea is disappearing 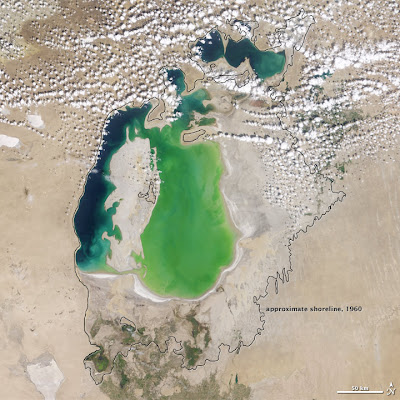 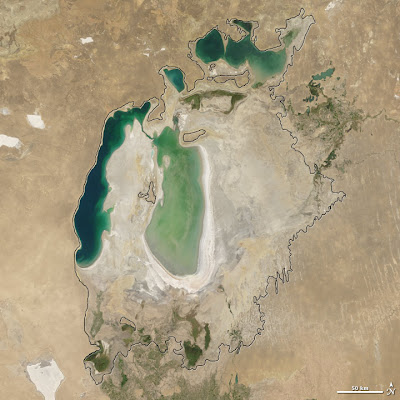 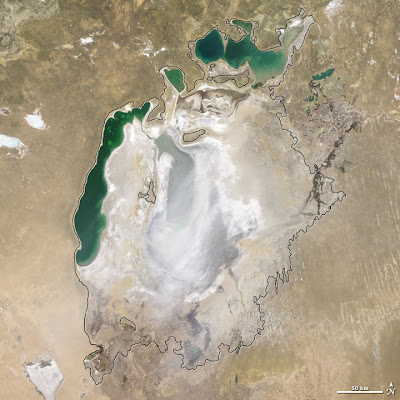 The thin black line shows the limits of the Aral Sea before the 1960s, when the Soviet Union began diverting water for irrigation purposes.

The tragedy of the Aral Sea was well detailed in Harper's in 2002.