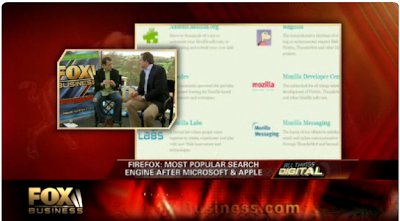 It's actually difficult to count the number of ways in which that statement is wrong. I mean, of course, there's the first and most obvious that Firefox is not a search engine. Then there's the fact they just compared a product to companies, a mistake so astounding it's actually difficult to comment on. But let's not overlook that in addition to these ridiculous errors, they also took something which, even they themselves seem to understand is in third place somehow, and worded the sentence such that the first half of the sentence implies that thing is in first place.