Winter solstice today - the shortest day of the year 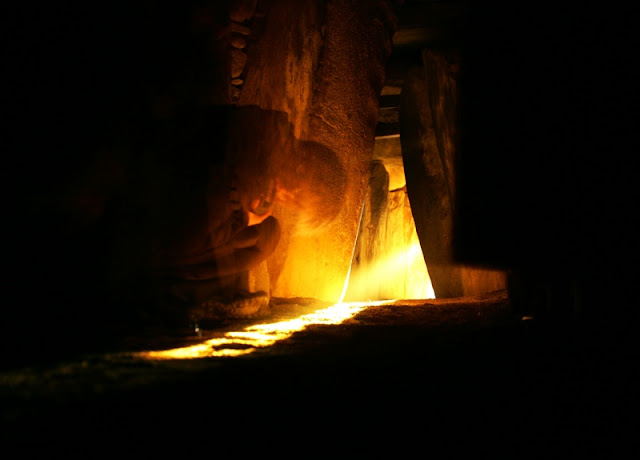 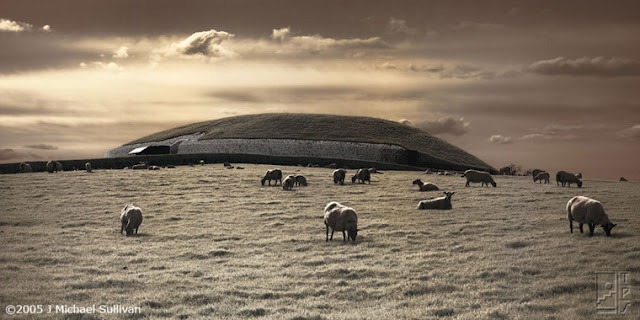 The winter solstice [from the Latin sol+sistere = "sun stand still"] has been a day of celebration for millennia, marking the beginning of gradually longer periods of daylight, and thus a symbol for rebirth.

Newgrange is a neolithic site that is older than Stonehenge or the pyramids of Egypt. The immense structure is recognized to have originally served as a temple, and one of its primary functions was the defining of the astronomical winter solstice:


At dawn, from December 19th to 23rd, a narrow beam of light penetrates the roof-box and reaches the floor of the chamber, gradually extending to the rear of the passage. As the sun rises higher, the beam widens within the chamber so that the whole room becomes dramatically illuminated. This event lasts for 17 minutes, beginning around 9am.

More info at the Newgrange.com site. Upper photo from NASA's Astronomy Picture of the Day shows the morning light entering the stone passage.