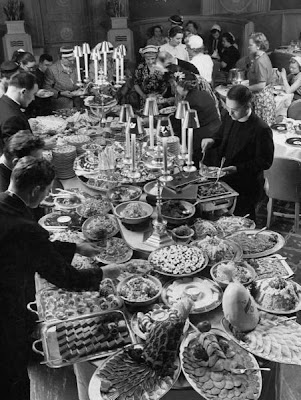 Fragments of world's oldest spider web found encased in amber. The amber was picked up on an English beach. The web is estimated to be 140 million years old.

A luxury hotel in Dubai is going to refrigerate the beach so visitors don't have to wear sandals on the hot sand. This will be done by placing cooling pipes under the sand. I can't see this working since the tropical beaches I remember are cool once you get two inches below the surface, and if the pipes are closer to the surface, no one will be able to dig or play in the sand.

NASCAR is crashing. Attendance is plunging, and the Big Three automakers aren't going to be able to maintain their previous level of sponsorship. Details at the link.

A BBC article suggests that measures to protect children with nut allergies has progressed to absurdity and hysteria, citing the evacuation and "decontamination" of a school bus where one peanut was found on the floor.

Cannabis may be able to "stop dementia in its tracks."

The antikythera mechanism has been reproduced in a working model (video).

Members of the U.S. House of Representatives who voted to pass the bailout proposal for the automakers received 65% more money from auto-related interests than those who voted against it. Is anyone surprised?

Evangelicals are shocked by President Bush's statement that the Bible should not be taken literally.

About a hundred pictures of raccoons, from around the web, assembled into a photalbum at Widelec.

A rant by Justin Raimondo re Obama's apparent sellout to hawkish pro-war influences.

A rant by Roger Ebert re the decline of film criticism in newspapers in favor of increasing coverage of "celebrities."

Video of the crabs of Christmas Island. Often shown on TV, but if you've never seen it, it's worth a view.

Teen hangs out the door of moving car to harass a kid, does a face plant on a parked car's rear bumper. Hurts just to watch, but serves him right...