African-American women are getting shorter 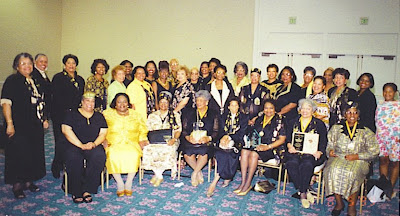 In an age when the adult populations of most industrialized nations have grown significantly taller, the average height of black women in the U.S. has been receding, beginning with those born in the late 1960s.

The difference in stature between white women and black women has now stretched to three-quarters of an inch and appears to be increasing, according to newly released data from the National Health and Nutrition Examination Survey (NHANES) conducted by the federal Centers for Disease Control and Prevention.

The main culprit appears to be diet.

You have to go back to the antebellum South to find a similar shrinkage. The generation of white men born in the 1840s who experienced the ravages of the Civil War lost nearly an inch to their Northern counterparts, Komlos said.

... the average height of adult Americans, once the tallest folk to roam the planet, stopped rising after World War II and has since been surpassed by that of several European nations. The Dutch now lay claim to the title of tallest...

"The only reasonable explanation we can come up with is diet and the obesity epidemic among (middle- and low-income) black women," said Komlos.

Over the last three decades, the prevalence of obesity among white Americans has tripled, while among blacks it has increased fivefold....

High caloric intake... speeds the onset of puberty... This early onset of puberty reduces the duration of the critical pre-adolescent growth spurt, resulting in a lower adult height.

More at the link. Image credit here (the women in the image were not part of the study and I don't know if they are shorter than expected; it's just a random picture of a group of African-American women).