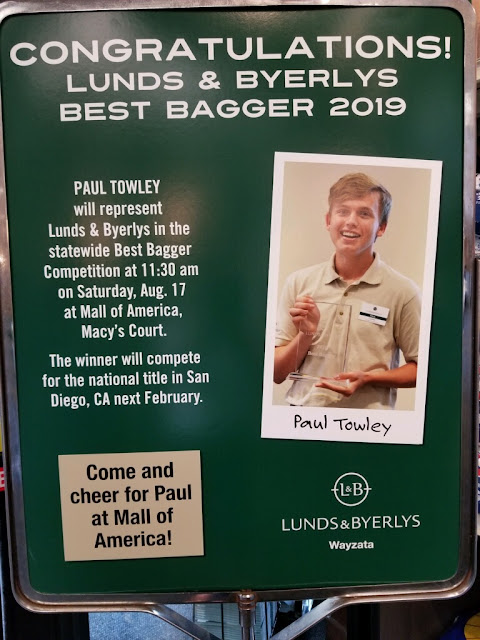 My cousin's son, competing today for the Minnesota state championship at the Mall of America.  Readers of TYWKIWDBI who may be at the mall today will know who to cheer for.

Addendum -  Some viewers may be bewildered by the notice above so here's the ELI5:  the placing of groceries in paper bags goes back in my memory to probably the 1950s, when most grocery stores had young men doing the "bagging" and carrying the groceries out to your car for you.  The process has been "modernized" by the advent of plastic bags and the expectation that shoppers will carry or push a cart of groceries to the parking area.

A variety of generally upscale grocery stores have maintained the old tradition intact.  The Minnesota Grocers Association explains as follows:


MGA Best Bagger Contest – August 17 at The Mall of America, Bloomington, MN
A dynamic, fast-paced competition where grocery baggers from across the state show off their bagging skills to be Minnesota’s best. This contest is important to the MGA and its membership because it showcases the talents of one of our key employees.  The bagger is the person responsible for the last experience customers have at our stores. They truly represent customer service.

To get to today's championship, Paul first had to win an in-store competition at the Lunds/Byerlys located in Wayzata.  He then competed against the winners from the other Lunds/Byerlys stores in the region.  Now he represents the company at this statewide competition against the winners from other grocery store chains in Minnesota, with the winner proceeding to the national championship in San Diego ($10,000 grand prize).

Here are the judging criteria.  It's not just a matter of speed. 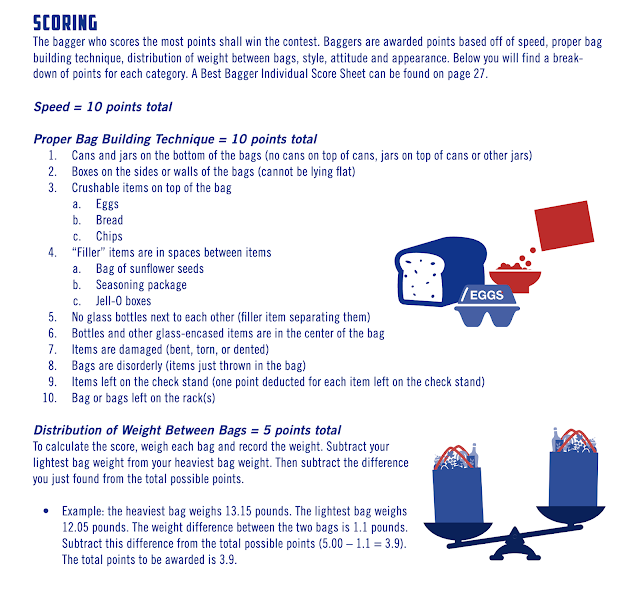 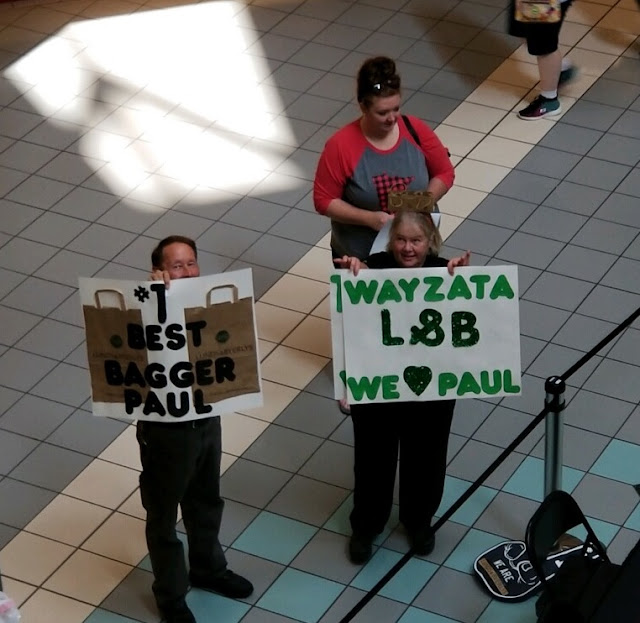 Unfortunately I'm in Madison Wisconsin with errands to run and chores to do.  I'll update this post tomorrow.

Update:  Paul will not be traveling to San Diego to compete in the nationals; he performed well on the time component, but did not have the best distribution of weight between bags (see criteria above).     It was, however, an enjoyable experience for him.  I'll monitor YouTube to see if any videos of the competition are posted.