Death and drugs in "Bambi" 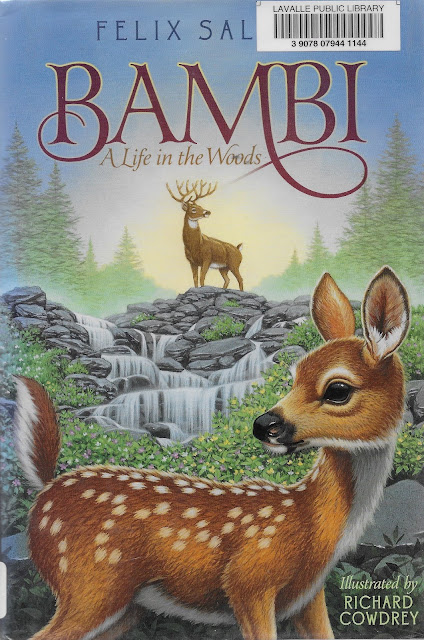 In a recent podcast of No Such Thing as a Fish, the elves commented that the original 1926 publication of "Bambi - A Life in the Woods" was quite different from the Disney version seen in movie theaters.  I decided to check, and here's my TL;DR summary -


"He turned to flee from the silent Bambi who came rushing after him.  Karus knew that Bambi was furious and would kill him without mercy..."

Another deer dies, a fox kills a duck, and Bambi takes drugs:


"Eat that," he commanded suddenly, stopping and pushing aside the grasses.  He pointed to a pair of short dark-green leaves growing close together near the ground.
Bambi obeyed.  They tasted terribly bitter and smelled sickeningly.
"How do you feel now?" the stag asked after a while.
"Better," Bambi answered quickly.  He was suddenly able to speak again.  His senses had cleared and his fatigue grew less."

An owl kills a mouse, a dog kills a fox, and finally a man ("He") is shot and killed.

I don't know how all that compares with the Disney film, which I've not seen.  I'm waiting for the Tarantino version.