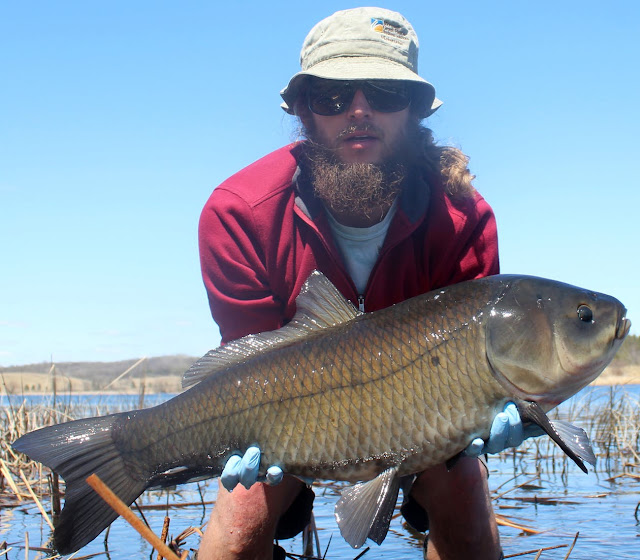 As reported by the Star Tribune:

“Many people think buffalo fish are carp,” said Lackmann, 28, who grew up in Moorhead and Detroit Lakes. “They aren’t.  “Calling a bigmouth buffalo fish a carp is like calling a human a lemur.”..

Lackmann’s study of nearly 400 buffalo fish yielded an abundance of fish older than 80 to 90 years.

And a photo of the otoliths from their publication in Nature Communications Biology: 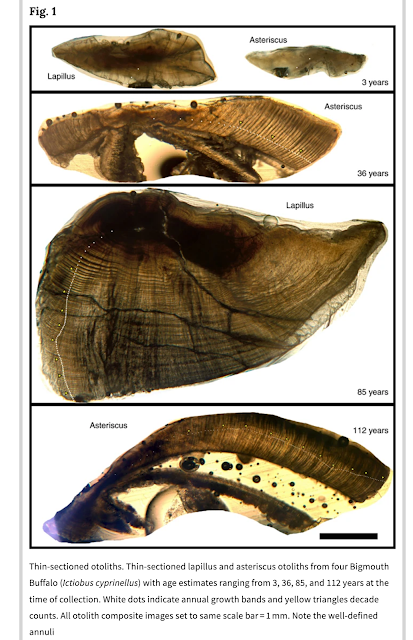