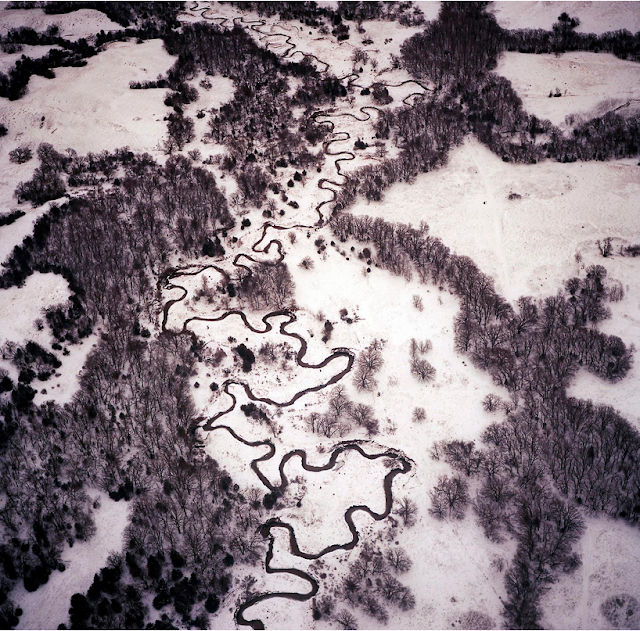 When I take an airline flight, I never tire of looking at meanders and oxbow lakes.


The term derives from the Meander River located in present-day Turkey and known to the Ancient Greeks as Μαίανδρος Maiandros (Latin: Maeander), characterised by a very convoluted path along the lower reach. As such, even in Classical Greece (and in later Greek thought) the name of the river had become a common noun meaning anything convoluted and winding, such as decorative patterns or speech and ideas, as well as the geomorphological feature. Strabo said: ‘…its course is so exceedingly winding that everything winding is called meandering.’

The Meander River is located south of Izmir, east of the ancient Greek town of Miletus, now Milet, Turkey. It flows through a graben in the Menderes Massif, but has a flood plain much wider than the meander zone in its lower reach. Its modern Turkish name is the Büyük Menderes River.

Photo via Viewfind, where purchase information for the image is available.