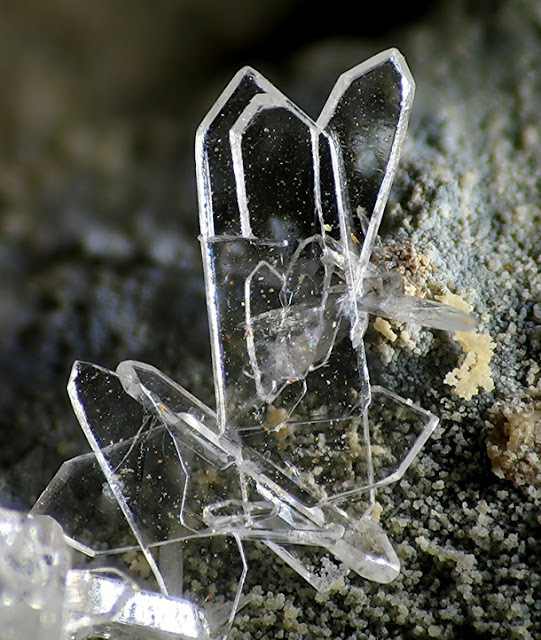 Last week I listened to a most interesting podcast about the discovery of new minerals, many/most of which occur as a result of man's interaction with the environment, either intentionally or accidentally.
By far the most interesting to me was tinnunculite, which forms when kestrel feces fall into burning Russian coal mines.  ABC News (Au) and the Los Angeles Times offer other examples cited in a manuscript published recently in American Mineralogist.


Mr Hazen said a curator found an Egyptian statue at the bottom of a museum drawer and noticed a blue coating on the statue; it turned out to be a new mineral called chalconatronite. "Those minerals would never have occurred if it weren't for the fact that a mineral collector collected the mineral, left them in the oak drawer and then the oak drawer reacted to produce another new mineral," he said.

Photo - Fiedlerite, discovered at a Greek smelting site where seawater interacted with the slag.