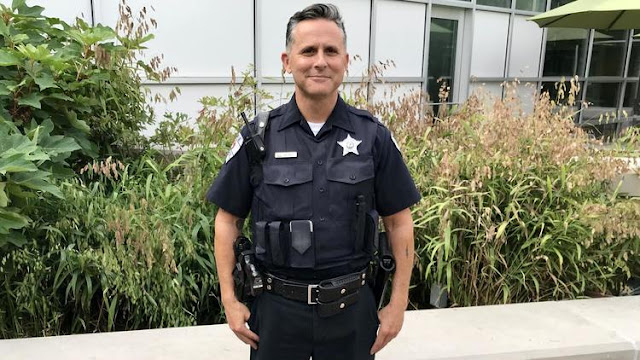 There are lots of such stories.  Here's one from Illinois:


Chicago teen had been repeatedly warned about sneaking onto the basketball court at a Skokie fitness facility, but one police officer came up with an alternative to arresting him for criminal trespassing.  In late August, X-Sport Fitness workers made good on a promise that police would be called in if they found the boy on the basketball court again...

...the teenager — about age 15 — would repeatedly walk past the front desk and onto the court. At one point, he said, the boy hid in a bathroom stall to try to elude fitness center employees so he could play hoops with friends.

"He had had a membership, but his mother could not afford to pay for it anymore and it expired," Pritchett said. "All he wanted to do was play basketball."..

Skokie police Officer Mario Valenti responded to the call for police that August day. What happened next surprised everyone at X-Sport, Pritchett said.

Valenti offered to pay $150 out of his own pocket, asking fitness center workers how much membership time that would buy for the boy.  The answer was three to four months, and Pritchett called the corporate office to report the situation, he said.

According to Pritchett, corporate was so taken with what the officer was doing that it made its own offer: The $150 would go toward a two-year membership with a total value of $718 and X-Sport Fitness would pick up the rest of the cost.

More details at the Chicago Tribune.