This is a "fire grenade" 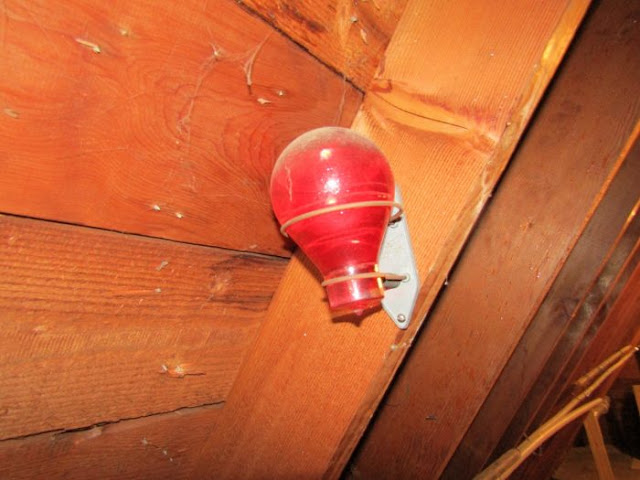 "We found several of these old fire grenades in the attic of a large, old house in Edina [a suburb of Minneapolis, Minnesota]. It's a glass bulb filled with carbon tetrachloride, and was supposed to be thrown at the base of a fire to help put it out.

They were withdrawn in the 1950s because the chemical is toxic, and heat from fires can apparently turn the chemical into phosgene gas.

Found among the Fun home inspection photos from 2016.

Addendum:  Similar (but safer) products are still being manufactured and used.

Video of fire grenades being used.  The explanations I've seen about these tend to explain their efficacy as being a result of the gases produced, but I think not enough emphasis is given to the effects of the concussive explosion along as a fire-suppressant.

Reposted to add this photo I took at the Pine County Historical Society museum in Askov, Minnesota: 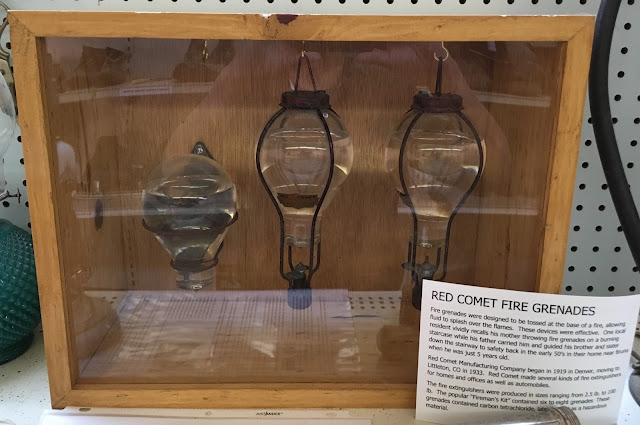