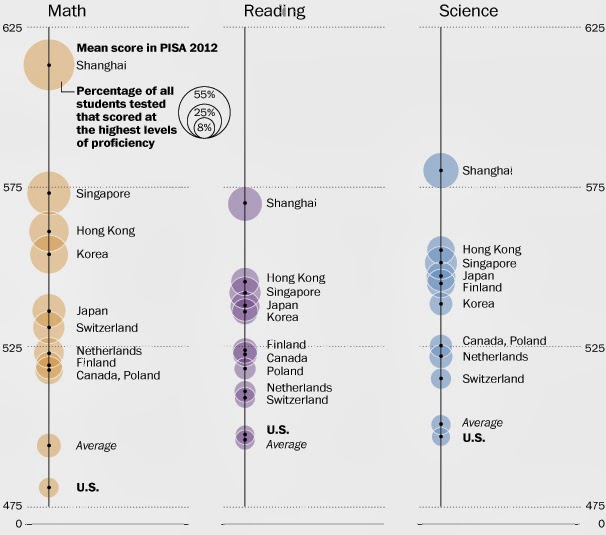 Scores in math, reading and science posted by 15-year-olds in the United States were flat while their counterparts elsewhere — particularly in Shanghai, Singapore and other Asian provinces or countries — soared, according to the results of a well-regarded international exam released Tuesday.

While U.S. teenagers were average in reading and science, their scores were below average in math, compared to 64 other countries and economies that participated in the 2012 Program for International Student Assessment, or PISA. That pattern has not changed much since the PISA test was first given in 2000.

Addendum:  Quite a lot of discussion, and a video at The Dish.