An article in The Conversation offers that opinion:


This year marked the start of what looks likely to be a sustained decline of what had been the most pervasive of all social networking sites. Young people are turning away in their droves and adopting other social networks instead, while the worst people of all, their parents, continue to use the service.

As part of a European Union-funded study on social media, we are running nine simultaneous 15-month ethnographic studies in eight countries. What we’ve learned from working with 16-18 year olds in the UK is that Facebook is not just on the slide, it is basically dead and buried. Mostly they feel embarrassed even to be associated with it. Where once parents worried about their children joining Facebook, the children now say it is their family that insists they stay there to post about their lives. Parents have worked out how to use the site and see it as a way for the family to remain connected. In response, the young are moving on to cooler things.

There's more at the link about the reasons this change may be occurring.  Of interest to me is that if Facebook is dying, that status has not yet been updated in the equity markets - 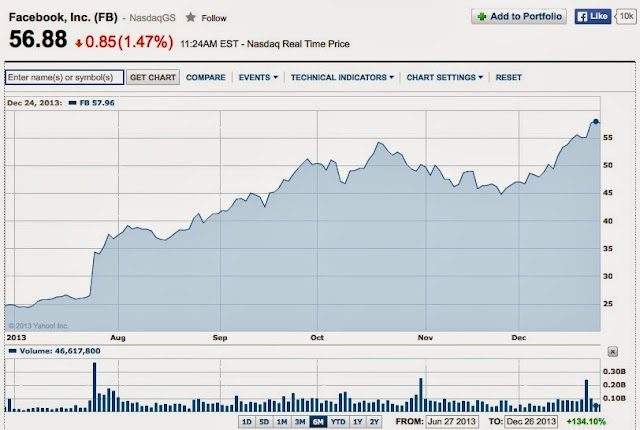 - because short-term out-of-the-money put options are very inexpensive.  I've just fired off an email to a social-media-savvy 17-year-old relative for advice, but would also appreciate input from (young) readers of this blog.