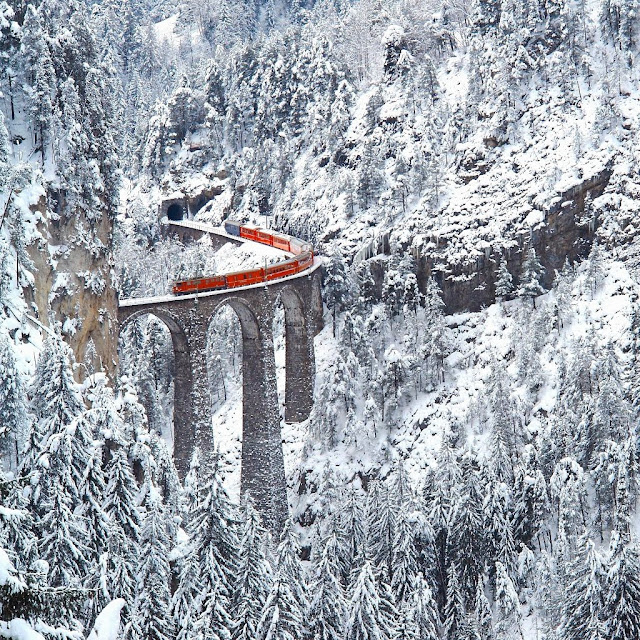 Designed by Alexander Acatos, it was built between 1901 and 1902 by Müller & Zeerleder for the Rhaetian Railway, which still owns and uses it today. A signature structure of the World Heritage-listed Albula Railway, it is 65 metres (213 ft) high, 136 metres (446 ft) long, and one of its ramps exits straight into the Landwasser Tunnel.

Blogged for the beauty of the image, but I'm also impressed by the labor and skill that were involved in its construction.

I suppose it's mandatory to add: "Why a no chicken?"