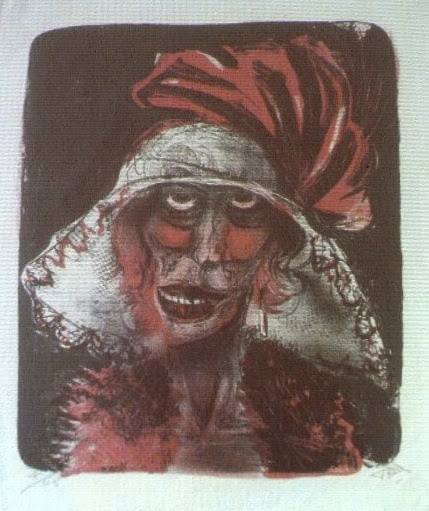 The trove of famous art has been much in the news this past week.  One of the better discussions is a four-part set of articles in Der Spiegel:


In February 2012, German authorities raided the apartment of 75-year-old collector Cornelius Gurlitt and seized 1,406 works of art, a spectacular trove with a value that has yet to be estimated. It includes works by Liebermann, Marc Chagall, Franz Marc, Karl Schmidt-Rottluff, Max Beckmann, Emil Nolde, Picasso and Henri Matisse, among others. There were also many prints and graphic works, which Gurlitt had kept in a cabinet.

At the press conference, it was not clear what exactly the collector was being accused of. There is talk of tax evasion and embezzlement, but the legal framework for the authorities' confiscation of the collection seems murky at best.

Image (cropped from the original photo) is of a reproduction of a painting by Otto Dix that Hitler and his henchmen considered to be "degenerate" art.