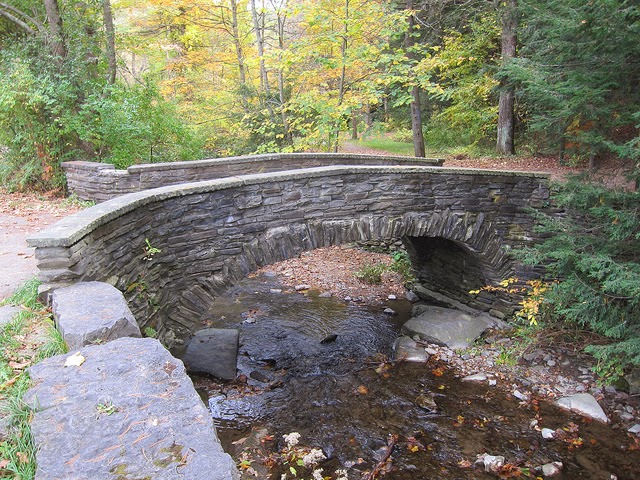 The Friends of the park provide this description of the Civilian Conservation Corps' activities: 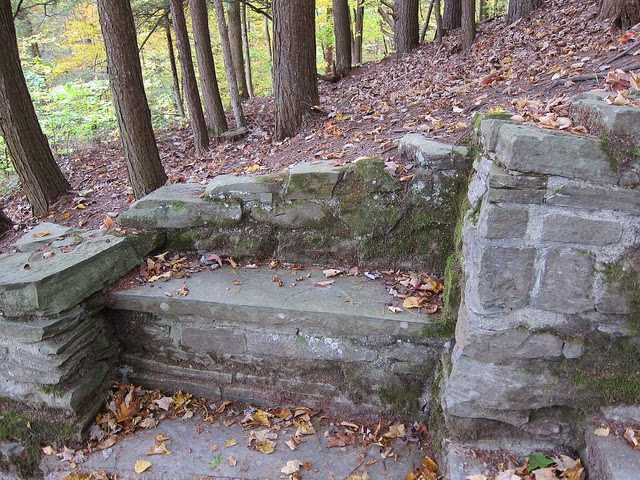 "During its first year Camp SP-6, Company 1265 won first place in inspection competition in NY State. It accommodated up to 200 young men, and had sports teams and evening educational programs. Men here did wonderful and still attractive work building bridges and trails in Enfield Glen, Taughannock Falls, and Buttermilk Falls State Parks, and took out flagstones from the creek bed above Taughannock Falls for use in stonework projects in many of the Finger Lakes State Parks of New York State. Some of the men stayed at Enfield Glen (now Robert H. Treman) State Park, while others were taken by truck to the other two parks mentioned above, for the day's work." 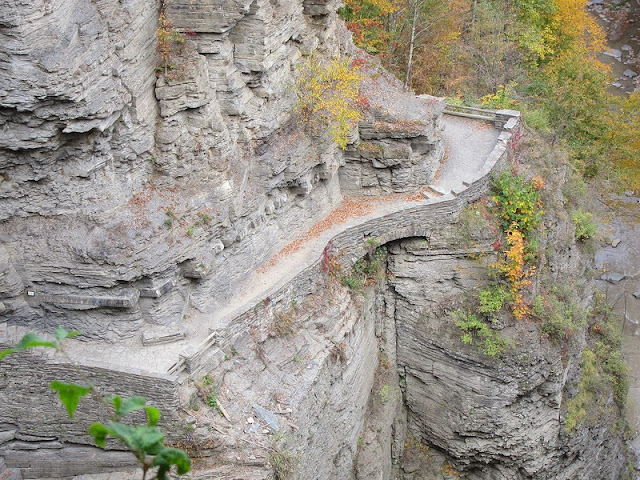 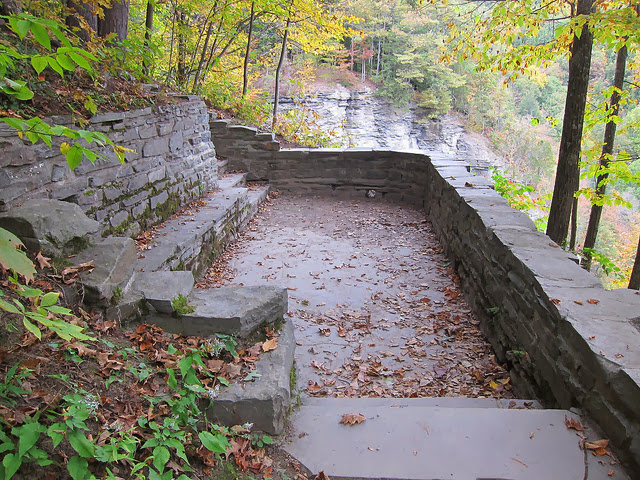 "The Camp was the last to be disestablished in upstate New York, in 1941... The buildings were all sold and removed by the new owners, the land was deeded over to Robert H. Treman State Park, and the site is now an overgrown jungle with a concrete platform here and there under the vegetation, plus the circle of white-painted stones, mostly obscured, that surrounded the flagpole." 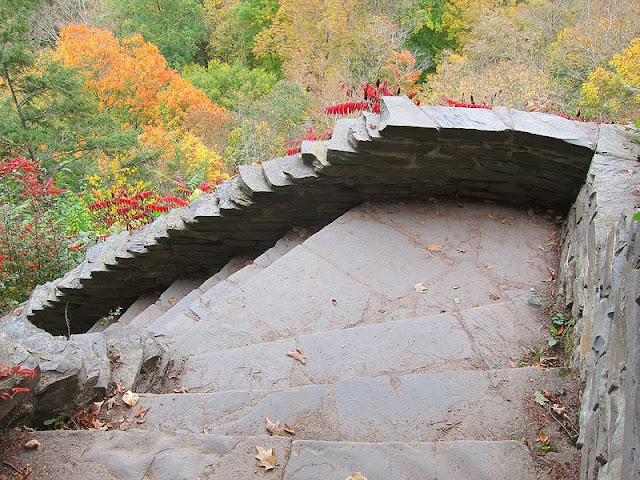 For once I'll just hush up and let Flask's photos speak for themselves.  There are dozens more photos in the Flickr photoset. 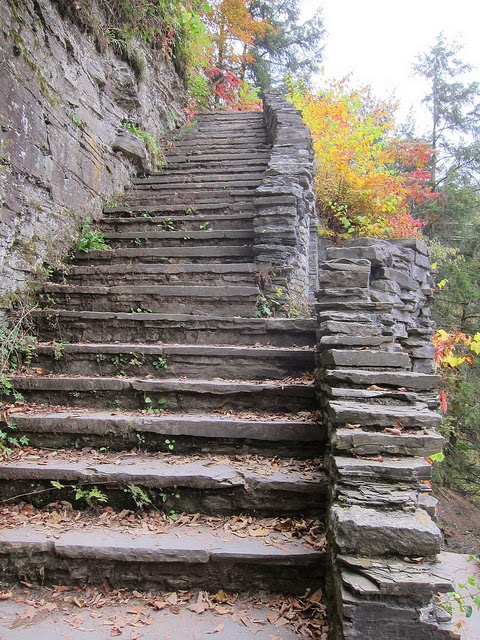 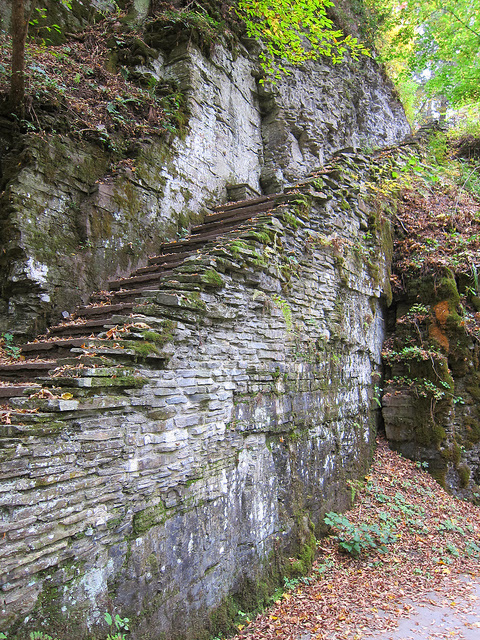 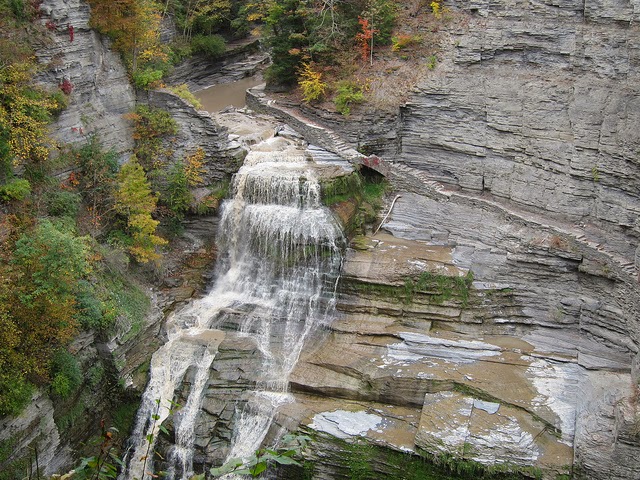 Wow, what a gorgeous park and awesome stonework.  For those who like me now have an insane desire to hike the park but live too far away from the Finger Lakes region to make a visit practicable, here is Flask's video tour of the stonework:

Flask is a long-time reader and commenter here at TYWKIWDBI.  Her award-winning blog is at Forever, Flask.