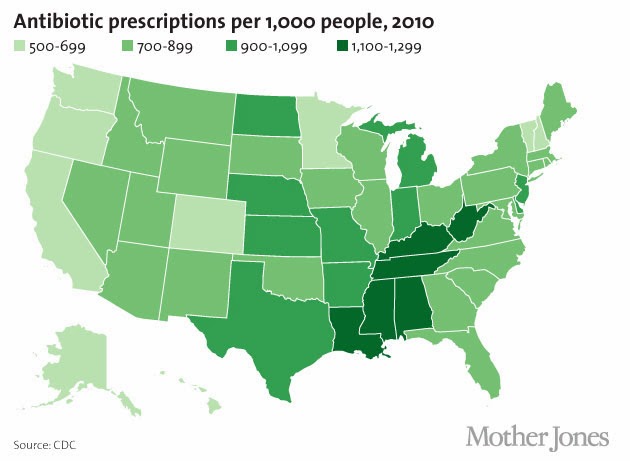 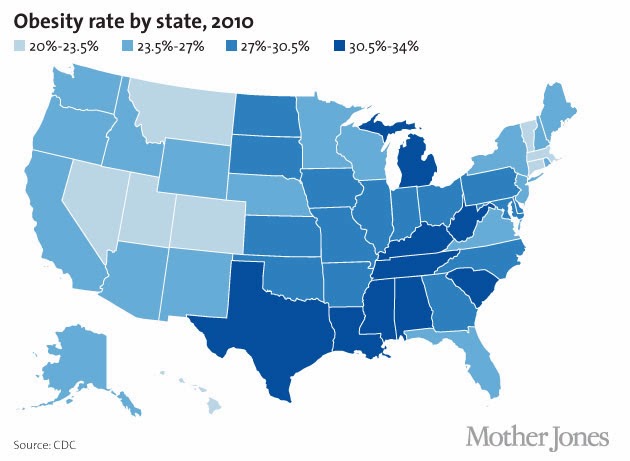 Correlation does not prove causation.  For the potentital interrelationship between the two maps above, see the article at Mother Jones.


Hicks and her team can't yet explain the connection between obesity and high rates of antibiotic prescription. "There might be reasons that more obese people need antibiotics," she says. "But it also could be that antibiotic use is leading to obesity."

Indeed, a growing body of evidence suggests that antibiotics might be linked to weight gain. A 2012 New York University study found that antibiotic use in the first six months of life was linked with obesity later on. Another 2012 NYU study found that mice given antibiotics gained more weight than their drug-free counterparts. As my colleague Tom Philpott has noted repeatedly, livestock operations routinely dose animals with low levels of antibiotics to promote growth.

As always, more at the link.