The giant waterwheels of Hama, Syria 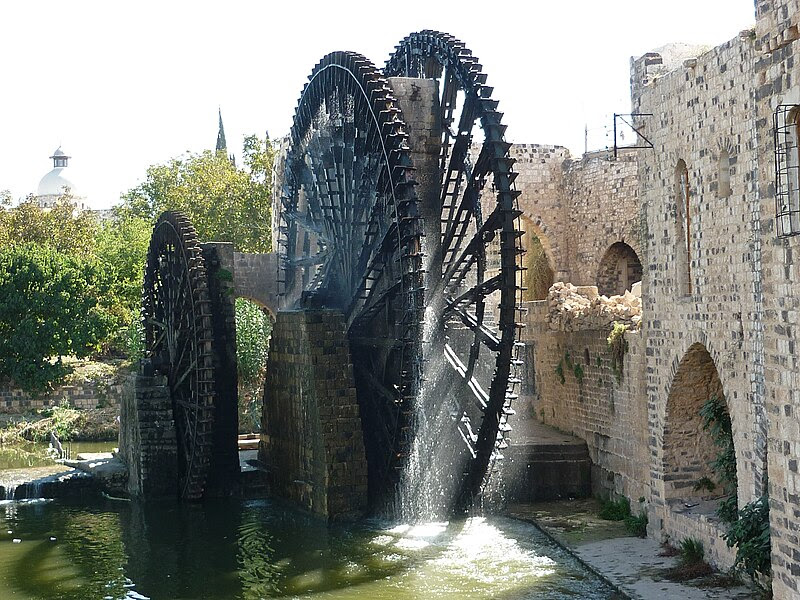 Kuriositas posts lots of interesting articles, and I should link to them more often.  This week one of their posts features the immense waterwheels ("norias") in Hama:


Their name translates from the Arabic as wheel of pots and for centuries the norias of Hama lifted water in to small aqueducts to irrigate the fields surrounding the Syrian city.  Today there are still seventeen of these magnificently engineered wheels left but are mostly for display purposes only, as it were...

Although there is evidence that there were Norias around the city during the Byzantine era which ended in 1453, the Norias of Hama date from the a little later.  It is thought that they were started in the Ayyubid dynasty in around the twelfth century and enlarged in the Mamluk era of the fourteenth.

Above photo from Wikimedia; there are numerous others at the Kuriositas link.