Venezuela has given an island to the U.S. 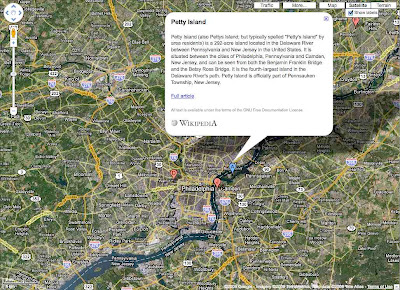 Surprisingly, the island is in the United States - not in Venezuela or the Caribbean.

Petty Island, an uninhabited island some 528 acres (214 ha) in size, is situated in the Delaware River in the state of New Jersey.

It was bought by Venezuela's state-run energy company, PDVS, in 1990.

Now, as part of what the government has called a renewed spirit of co-operation between Venezuela and the US, Mr Chavez announced that the island would return to the US for environmental conservation projects.

I had not heard of it and had to go to Google Maps (see above). Looks like it's right next to Philadelphia. Welcome back, little island...