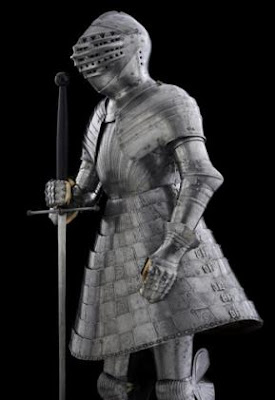 Henry VIII became the tyrannical monster remembered by history because of a personality change following a serious jousting accident, according to a new historical documentary.

After the accident – just before he became estranged from the second of his six wives, Anne Boleyn – the king, once sporty and generous, became cruel, vicious and paranoid, his subjects began talking about him in a new way, and the turnover of his wives speeded up.

The accident occurred at a tournament at Greenwich Palace on 24 January 1536 when 44-year-old Henry, in full armour, was thrown from his horse, itself armoured, which then fell on top of him. He was unconscious for two hours and was thought at first to have been fatally injured...

Text and image credit to The Independent, where there are more details.