In praise of fishless lakes 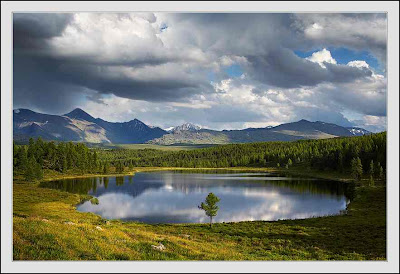 There's an excellent article at the New York Times today about the value of preserving fishless lakes. Some brief excerpts:

Far from barren, biologists say fishless lakes are hubs of biodiversity. Lacking piscine predators, they are home to a greater abundance and variety of invertebrates than lakes with fish, and provide breeding grounds for frogs, salamanders and waterfowl. But as fish are moved around — legally by fisheries agencies, illegally by anglers and bait growers — fishless lakes are becoming increasingly rare.

Rugged and sparsely populated, the Maine woods have some of the last fishless lakes in the Northeast. Some, like this one, are kettle lakes without inlets or outlets, excavated in the eastern Maine lowlands by melting blocks of glacial ice. Others are clear tarns in high mountains, with outlets too steep for fish to ascend. Still others are simply too acidic for fish. All probably have been fishless since the glaciers receded...

Dr. deMaynadier found frogs, salamanders and damselflies that thrive only where fish are absent. Given the apparent rarity of fishless lakes — the department knew of just 30 among Maine’s 6,000 lakes — he recommended a moratorium on stocking them, pending further study...

In a report to the Department of Inland Fisheries and Wildlife, Dr. Loftin and her colleague Emily Schilling estimated that 107 Maine lakes were historically fishless, and that half now contained fish... “All of the zooplankton, all of the insects, all of the amphibians that bred there were completely different than the lake with fish that’s half a mile down the road,” he said. But somebody has since stocked it with carp. “Now this lake is just ruined,” Dr. McPeek said.

More at the link. Very interesting.

The photo at the top is of Lake Kidelju (credit Maksim Sutyagin). Not (to my knowledge) fishless; I just like the image.