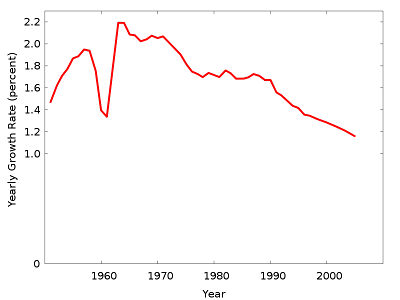 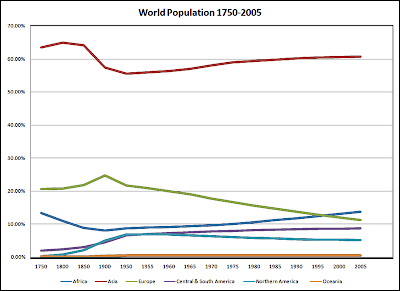 The top graph depicts the rate of increase of the world's population (not the total population, mind you, but the rate at which it is increasing). The rate has been cut in half in the past 40 years.

The bottom graph shows the distribution of the world's population among the major geographic areas, with a timescale on the x-axis now stretched back to 1750 (note it's not a linear scale, using 50-year increments for the first 5 datapoints and 5-year increments thereafter. At the top in brown is of course Asia. The green line is Europe, the light blue is North America, the dark blue Africa, the purple Central and South America.