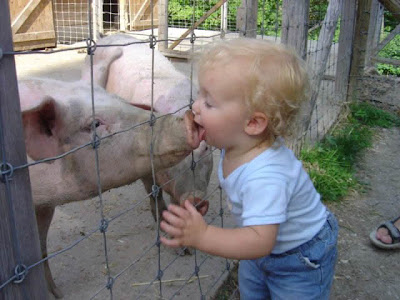 ... about how the swine flu passed from pigs to humans -

"[We had] no indication of human cases of direct contact with pigs but this can never be totally sure and the probability that this virus could come from pigs directly could not be anyway ruled out totally," he said.

And, in a related story, an Israeli official is offended by the term "swine flu," which he claims is insensitive because of certain religious beliefs. He wants the strain renamed the "Mexican flu."