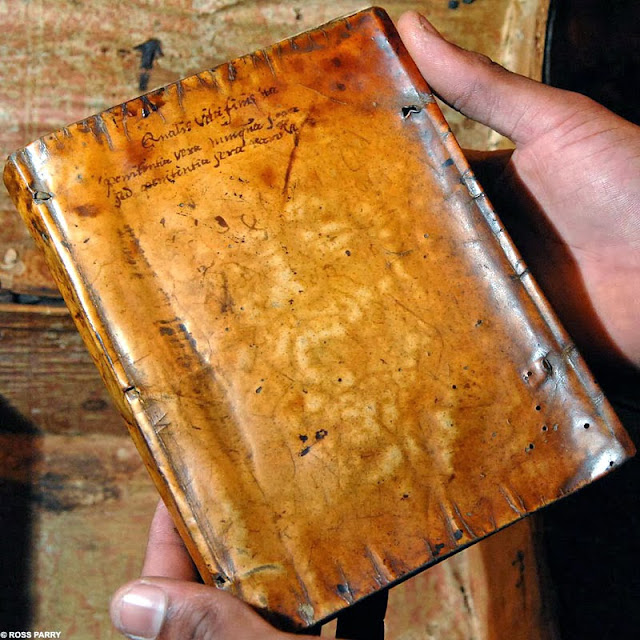 This book was bound with human skin.


Human skin was removed from a corpse, tanned (or processed in another way) and then used to cover a book. Harvard’s Houghton Library has one from the 1880s (read more about it here), but the one in this image is much older. Dating from the early 17th century, this book seems to have been bound in the skin of the priest Father Henry Garnet, who was executed in 1606 for his role in the Gunpowder Plot - the attempt to ignite 36 barrels of gunpowder under the British Parliament.

From Erik Kwakkel, whose post also has links to other books bound with human skin.  See also my 2009 post on the subject - Human skin used for bookbinding - as well as the followup last year on shoes made from human skin.