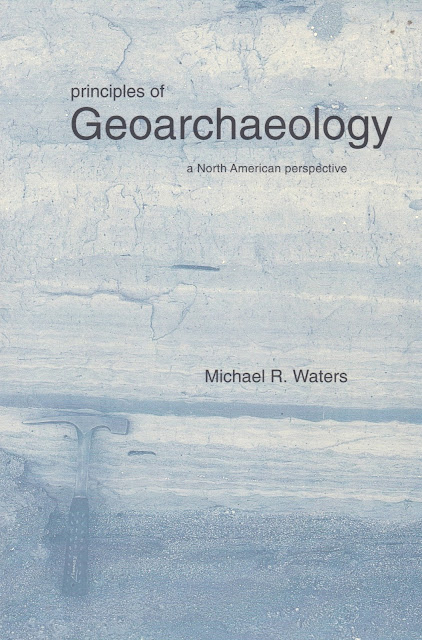 Jargon* is the specialized terminology associated with a particular field or area of activity. Jargon is normally employed in a particular communicative context and may not be well understood outside that context. The context is usually a particular occupation (that is, a certain trade, profession, vernacular or academic field), but any ingroup can have jargon. The main trait that distinguishes jargon from the rest of a language is special vocabulary—including some words specific to it and often different senses or meanings of words, that outgroups would tend to take in another sense...

The word "jargon" came to mind yesterday evening as I was finishing a final reread to the book illustrated above.  It's a mid-1990s textbook explaining geophysical processes to students of archaeology.  Way TMI for the general reader, but a delight for the armchair enthusiast - extensively illustrated and lucidly explained.  Here are some sample pages: 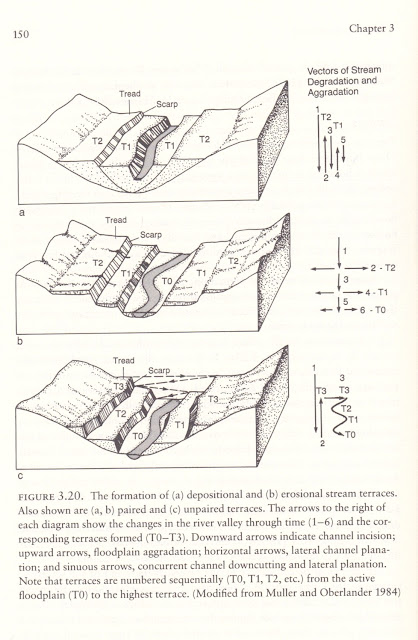 The page above explains that when you are dealing with erosional terraces, the older artifacts will be on the higher terraces - the reverse of the intuitive assumption that older items are deeper down. 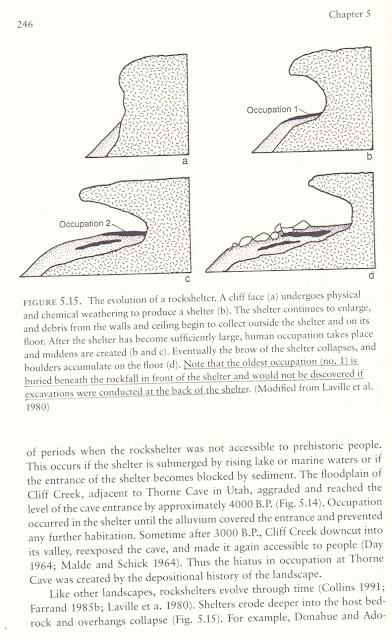 In the evolution of a rockshelter, debris typically falls onto the scree on the slope, potentially burying important older material. 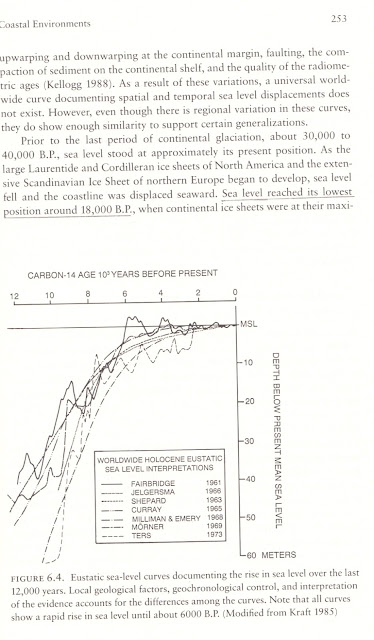 Above, a graph of world sea levels for the time period of North American occupation.  The low levels during glaciation allowed early man to traverse Beringia, and the subsequent rise will have put original shoreline occupation sites under many meters of seawater on the Pacific Coast. 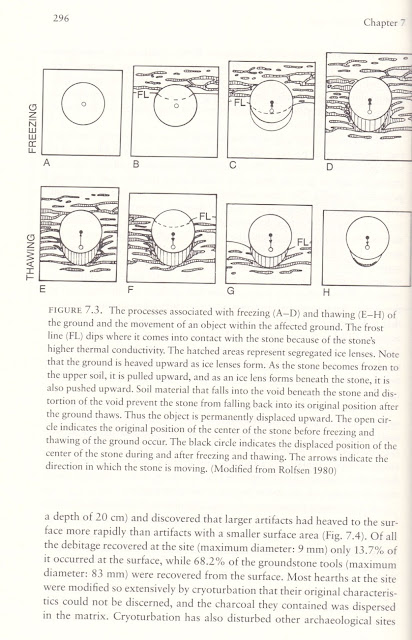 And my favorite from this group.  A schematic explaining "cryoturbation" and why recurrent frosts heave objects from the ground to the surface.  My uncles used to walk the farm fields every spring to clear newly emergent rocks from the surface before it could be cultivated.
But back to the title of this post.  Every technical field has a "jargon" that simplifies and speeds communication.  Geoarchaeology uses a boatload of terms, most of which were new to me.  The book explained these in clear understandable terms...

... and now that I've finished reading it, I'm already rapidly forgetting the definitions.  But they were interesting to read and learn.
If anyone is interested in my copy of this book, I have listed it on eBay.
* The French word is believed to have been derived from the Latin word gaggire, meaning "to chatter", which was used to describe speech that the listener did not understand. The word may also come from Old French jargon meaning "chatter of birds".  The first use of the word dates back to the usage of the word in The Canterbury Tales written by Geoffrey Chaucer between 1387 and 1400. Chaucer referred to jargon as the utterance of birds or sounds resembling birds.