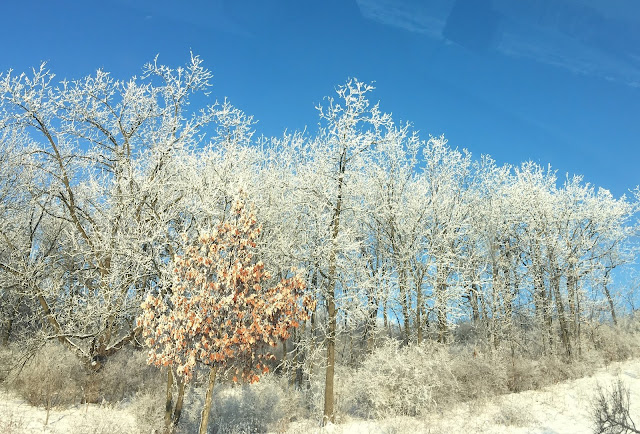 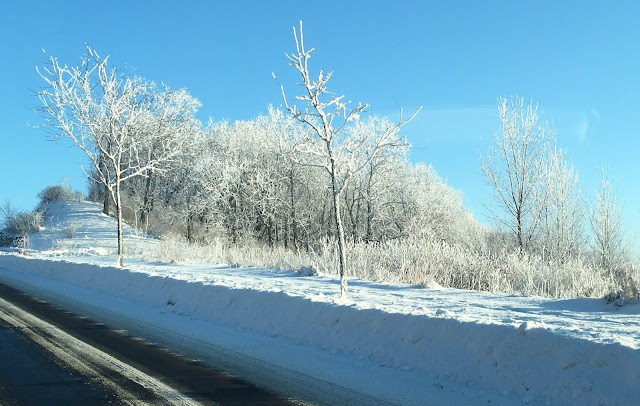 Yesterday morning I drove past a "Frostworld" on my weekly errand to Target for groceries.  South-central Wisconsin has had several days of high humidity followed by freezing temperatures at night.  The result is a Disney-esque landscape of frost on trees, shrubbery, fences, and even spiderwebs. 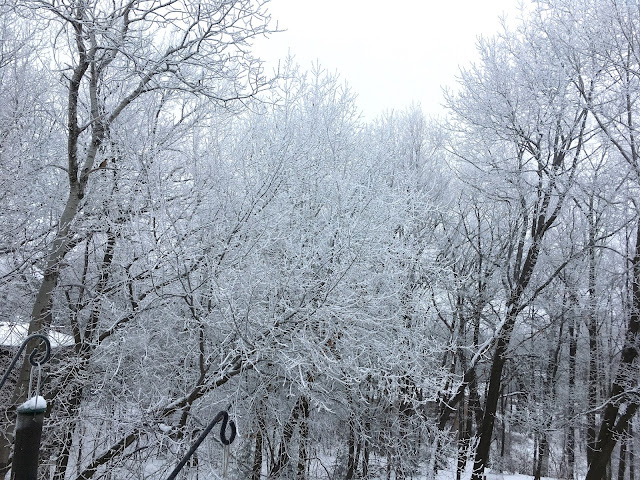 Although it looks like snow or ice, it doesn't carry the same weight, so there's less damage to plants and powerlines. 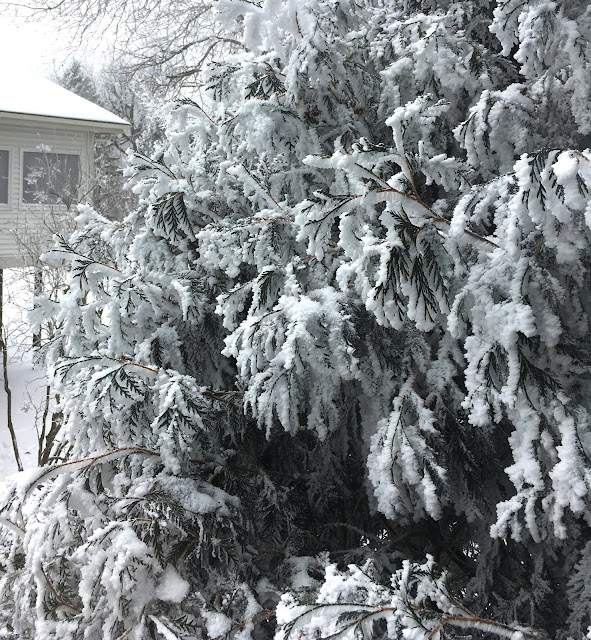 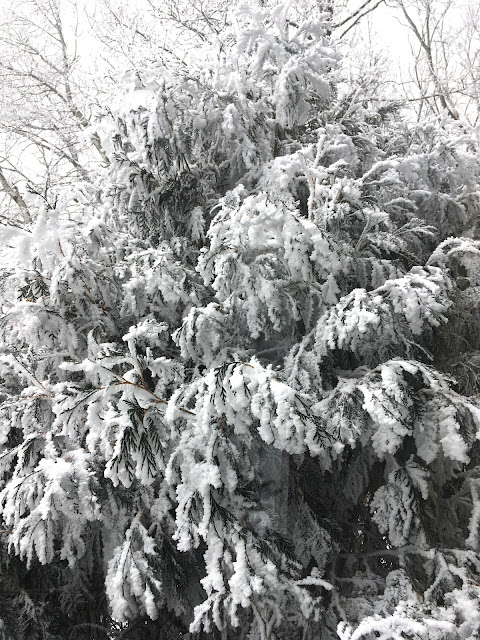 Updated to add this photo from a couple days later of our mailbox: 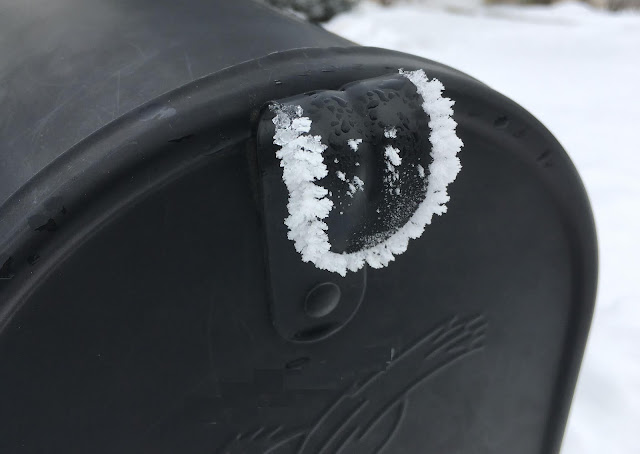 It's interesting to me that the frost formed selectively on the handle.  One wonders whether pre-existing moisture was there (but the mailman and I have likely both been gloved for days).  The distribution is even more interesting in comparison to this photo of the mailbox I took several years ago during another episode of frost formation: 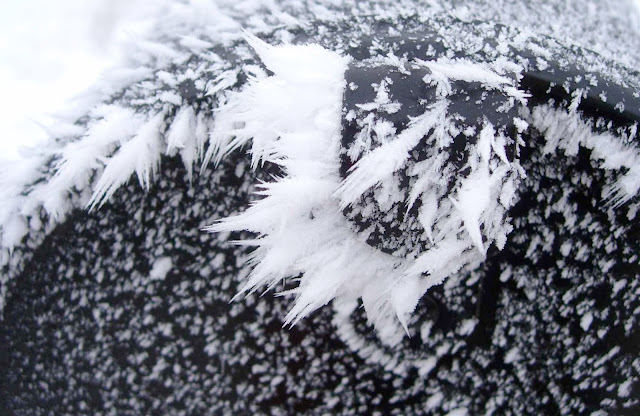 The science behind frost formation is quite complex, and I don't understand a lot of it.  This Wikipedia article is a good place to start.