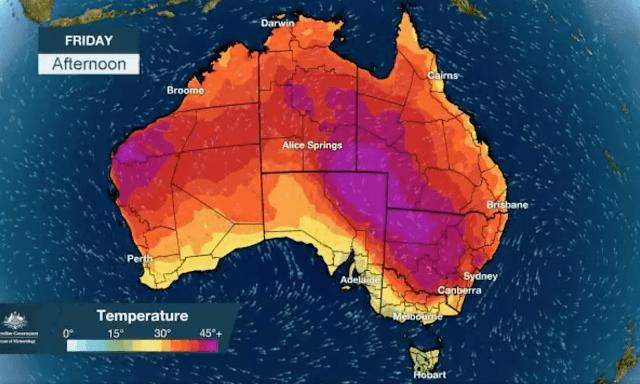 "Temperature records have tumbled across South Australia, with the city of Adelaide experiencing its hottest day on record, as the second heatwave in as many weeks hit southern parts of Australia.

In central and western Australia, local authorities were forced to carry out an emergency animal cull, shooting 2,500 camels – and potentially a further hundred feral horses – who were dying of thirst. "

This seems like an appropriate place to repost this uber-stupid tweet by some guy who doesn't comprehend what the word "global" means or what the implications are: