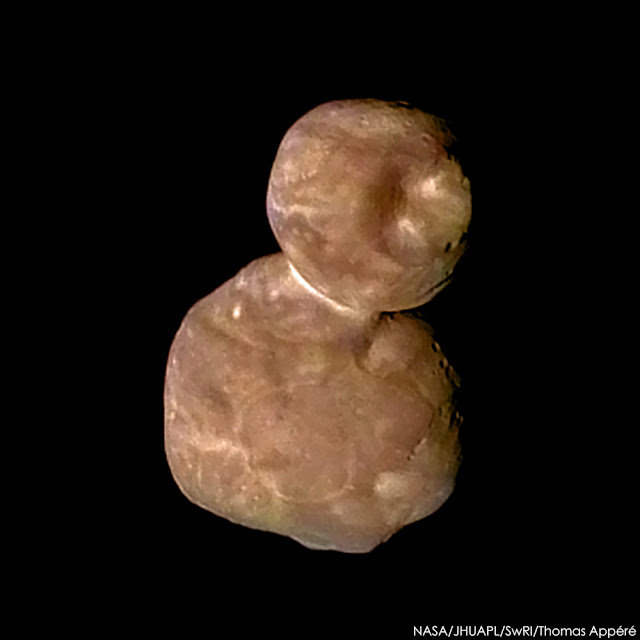 "Ultima Thule does look different than imaged asteroids of the inner Solar System, as it shows unusual surface texture, relatively few obvious craters, and nearly spherical lobes. Its shape is hypothesized to have formed from the coalescence of early Solar System rubble in into two objects -- Ultima and Thule -- which then spiraled together and stuck. Research will continue into understanding the origin of different surface regions on Ultima Thule, whether it has a thin atmosphere, how it obtained its red color, and what this new knowledge of the ancient Solar System tells us about the formation of our Earth."

Addendum:  Analysis of subsequent images suggest that the larger of the two lobes is actually more flattened than rounded: 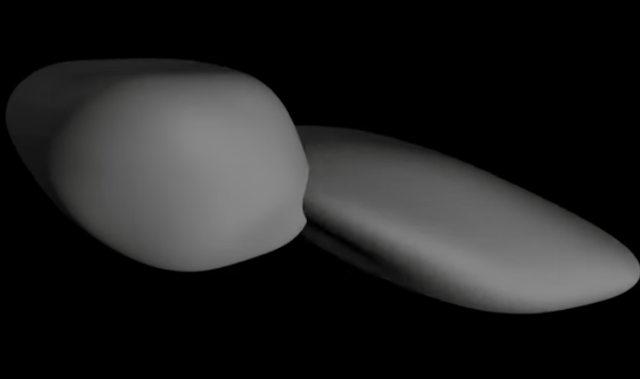